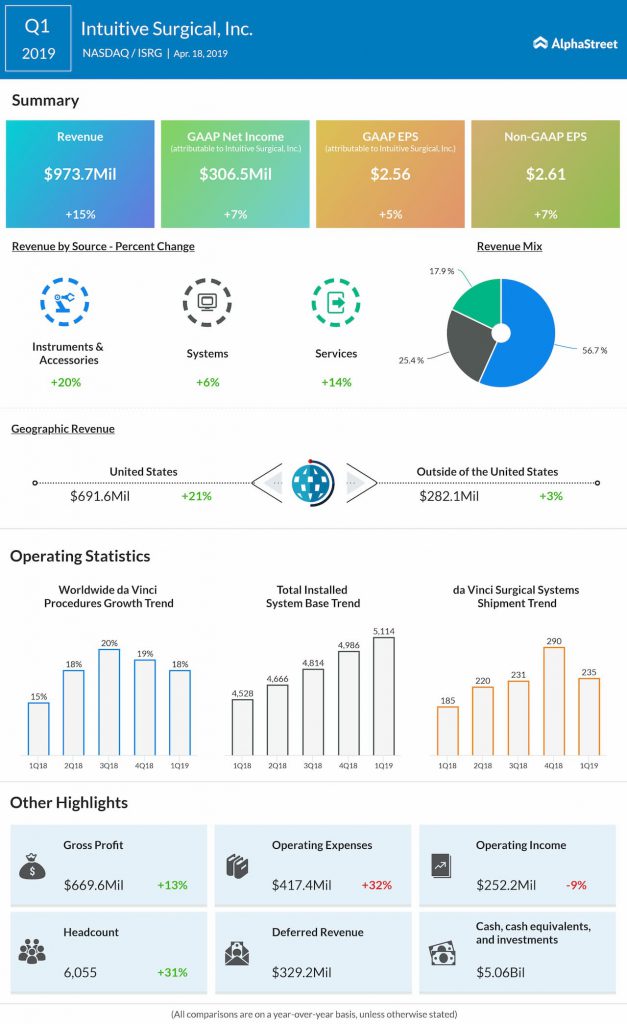 Back in February this year, ISRG received the U.S. Food and Drug Administration (FDA) clearance for its Ion endoluminal system — a robotic-assisted catheter-based platform, designed to navigate through very small lung airways to reach peripheral nodules for biopsies.

In the same month, the company also received FDA clearance for the IRIS augmented reality product, designed to aid surgeons in both pre- and intra-operative settings by delivering a 3D image of the patient anatomy.

Then, in March 2019, Intuitive Surgical received FDA clearance for the da Vinci SP Surgical System for use in certain transoral otolaryngology procedures in adults.

ISRG ended the first quarter with $5.1 billion in cash, cash equivalents, and investments, up by $230 million during the quarter, primarily driven by cash generated from operations.

Commenting on the results, Intuitive CEO Gary Guthart said, “We are pleased with our first quarter procedure and da Vinci system placements. Our teams continue to work closely with hospitals, physicians and their care teams in pursuit of better outcomes, decreased variability, better experiences for both physicians and patients and, ultimately, lowering the total cost of care.”