iQiyi a.k.a China’s Netflix to post Q4 earnings on Feb 21

iQiyi (IQ), the video streaming arm of Chinese major Baidu (BIDU), had opened to enthusiastic response when it started trading on Nasdaq in May last year. In less than three months, it had gained 144%. But then the trade tensions escalated and the company reported back-to-back losses that were wider than the street expectations, spurring a gradual sell-off.

As iQiyi reports its fourth-quarter results after the regular trading hours on Thursday, February 21, investors will be looking at how much the Chinese Netflix is able to peg its loss-making trend. 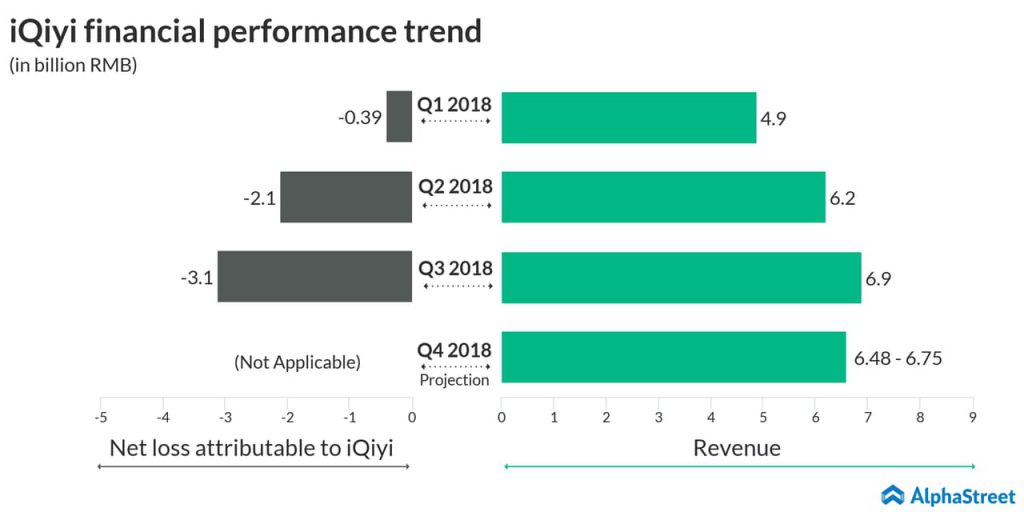 Analysts, on an average, expect a loss of 69 cents per share, on revenues of $961.45 million. The revenue projection comes almost at a midpoint to the management’s own guidance of RMB6.48 billion ($943.5 million) to RMB6.75 billion ($982.8 million). This guidance suggests a 43-49% improvement from the year-over period’s top line.

iQiyi is undeniably a strong firm, reporting steady increases in top line and subscriber base. During the last reported quarter, revenue surged 48%, while the subscriber base expanded 89% year-over-year. However, Q3 loss of 63 cents per share was 22 cents higher than what the street was expecting.

Like Netflix, iQiyi’s content is highly popular in its home market and the company continues to burn cash to create more original shows and movies. It also doesn’t shy from innovating with newer technologies including augmented reality to provide better binge-watching experience to viewers. But all that is coming at the cost of squeezed margins.

Add to that a weakening Chinese economy and regulatory headwinds that are hurting its advertising revenues.

It’s high time that the video streaming platform delivers on the bottom line for once, instead of revenues and subscriber additions. The company might also need to reconsider its growth strategy to boost its premium subscribers, in order to provide some short-term respite with regards to the cash position.

Parent company Baidu, which is the second-largest search engine in the world, is also reporting earnings aftermarket on the same day.