Tech giant Microsoft (MSFT) is set to report its second quarter fiscal 2019 earnings results after the market closes on Wednesday, January 30. For the December quarter, analysts predict Microsoft to grow its earnings by 14% to $1.09 per share and revenue by 12% to $32.49 billion compared to the prior year quarter. 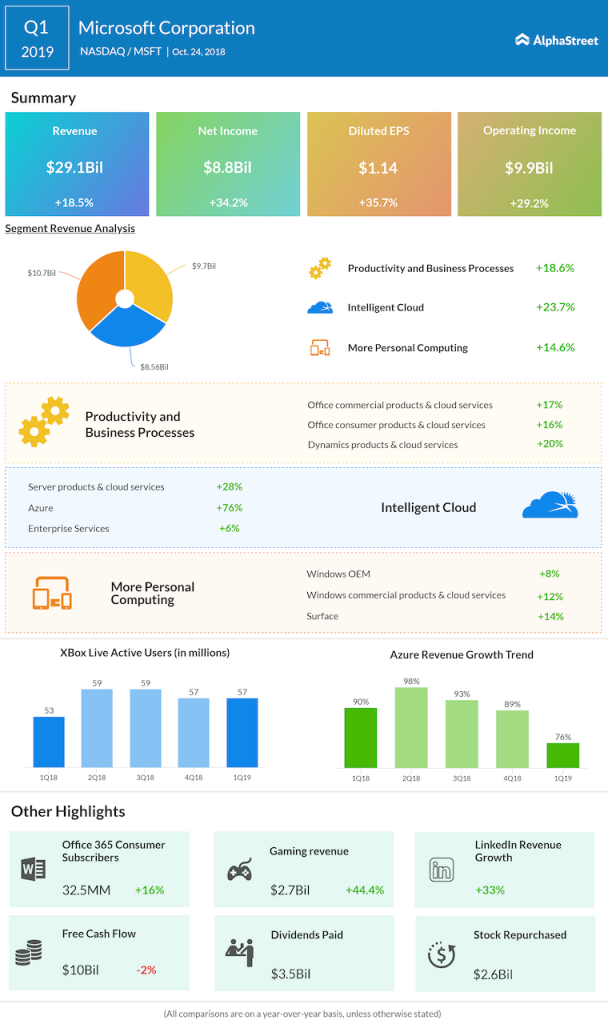 Microsoft had guided Productivity and Business Processes segment to generate revenue between $9.95 billion and $10.15 billion for Q2. For Intelligent Cloud segment, which includes GitHub, the company targeted revenue to range between $9.15 billion and $9.35 billion. Revenue from More Personal Computing segment was touted to be in the range of $12.8 billion and $13.2 billion.

For the recently ended quarter, Microsoft is expected to benefit from the strength in Azure business, Office 365 products, growth in LinkedIn revenue and the recent acquisitions. In October 2018, Microsoft completed the GitHub acquisition. In November 2018, the company acquired FSLogix to enhance the Office 365 virtualization experience and XOXCO to help advance conversational AI. In the recent months, Microsoft partnered with Walgreens Boots Alliance (WBA), Kroger (KR) and Gap Inc. (GPS). 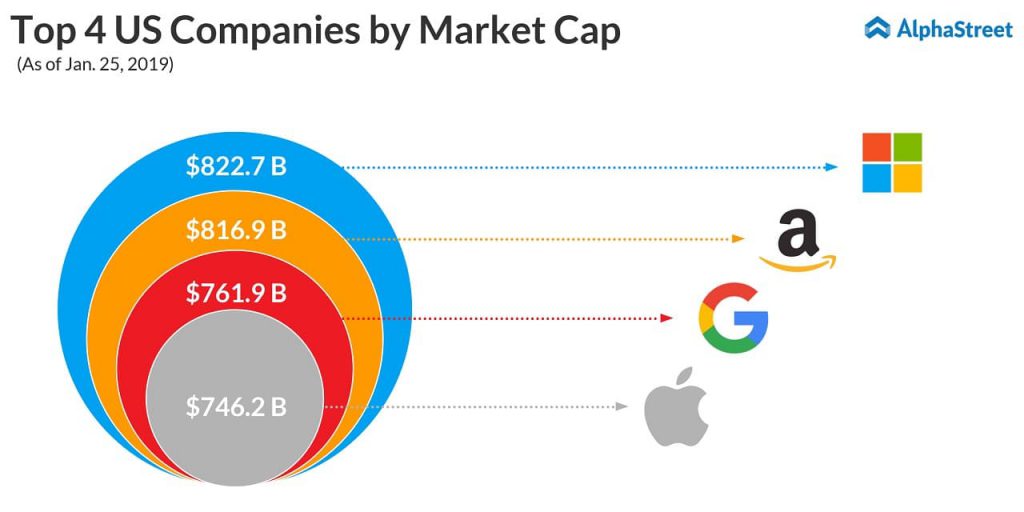 The Redmond-based software giant became the largest market cap company in the US by beating Apple (AAPL) on November 30, 2018. Microsoft’s market cap stood at $851 billion, while Apple lagged behind at $847 million.

Nearly 80% of the analysts covering Microsoft either have “strong buy” or “buy” ratings on the stock and the stock’s 12-month consensus price target stands at $125.70.

On Monday, Microsoft’s shares opened down 0.85% at $106.26 and continued to trade further in the negative territory like the other technology sector stocks. The stock had a modest gain of 1% in the last three months and 3% so far this year.