Come Wednesday and Microsoft (NASDAQ: MSFT) reports its third-quarter 2019 earnings results. With a 29% growth in stock price over the past 52 weeks, Microsoft is witnessing high investor confidence ahead of the results. For the same period, the S&P 500 index grew just 8.8%.

The tech giant has projected Q3 revenue in the range of $29.4 billion – $30.1 billion, representing year-over-year growth of 9.7% – 12.3%. Analysts meanwhile, expect revenues of $29.83 billion, which falls within the range set by the management.

The street anticipates bottom line to be $1 per share. It may be noted that Microsoft does not give bottom-line projections.

Over the past few quarters, cloud computing has taken over Microsoft’s torchlight from its legacy software business. In the last reported quarter, revenue from commercial cloud improved 48% to $9 billion, accounting for more than a quarter of its top line. The commercial cloud comprises Azure, Office 365 and Dynamics 365. 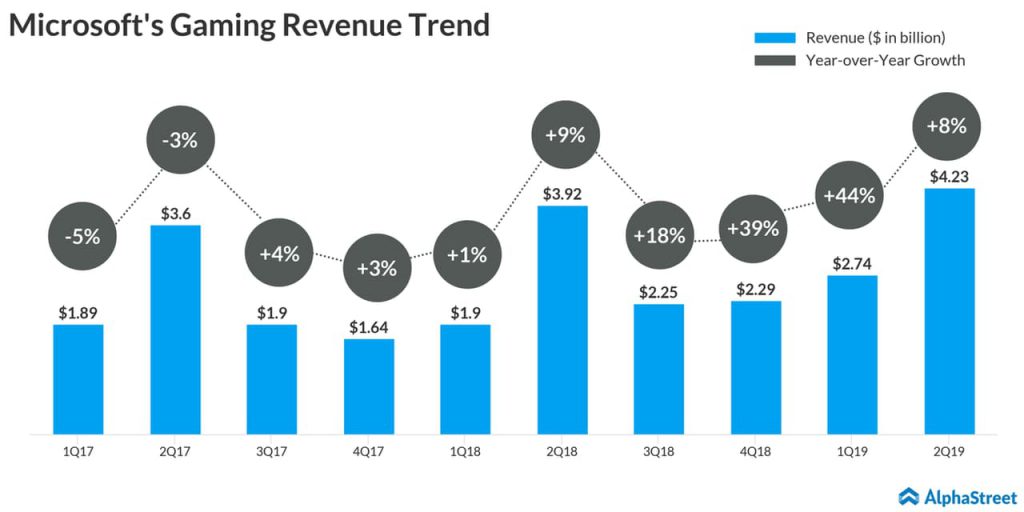 CFO Amy Hood had stated during the Q2 earnings conference call that she expects the momentum to continue in this unit.

The company’s cloud computing service Azure is gradually narrowing its gap with the market leader Amazon Web Services (AWS), thanks to a slew of contracts with government agencies, as well retail firms that do not want to use rival Amazon’s (NASDAQ: AMZN) platform.  Azure revenue grew 76% in the trailing two quarters.

READ: EBAY POISED FOR ANOTHER EARNINGS BEAT IN Q1

The Redmond, Washington-based firm has big plans for its cloud services, where it plans to integrate AI capabilities and host e-commerce tools.  The company will also use its cloud capabilities in its gaming segment, which would give it an edge over other gaming companies.

Look out for any management updates relating to the improvement of cloud services and when they are expected to be out. 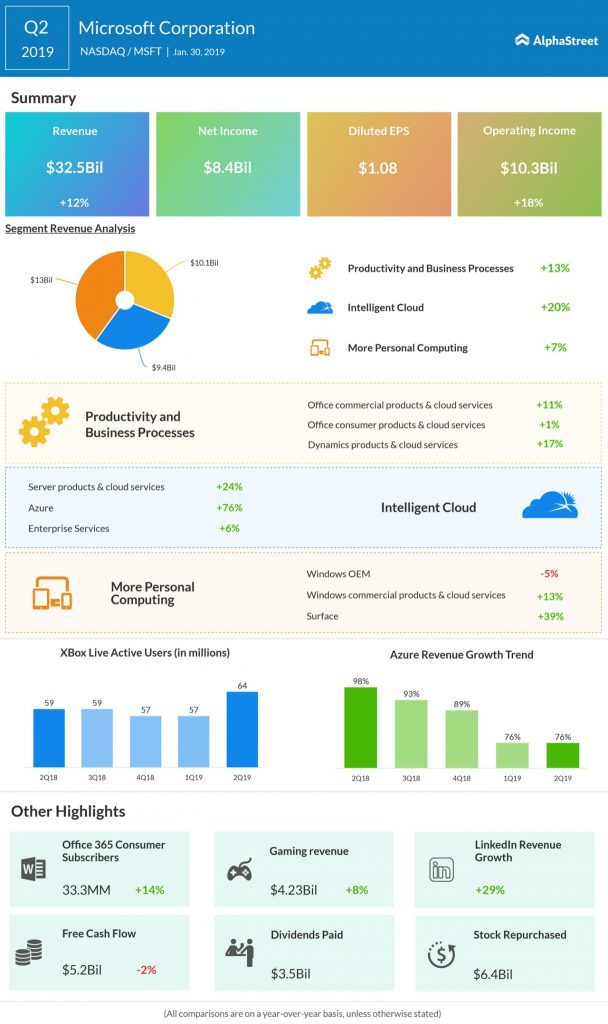 In the last reported quarter, Microsoft surpassed analysts’ earnings views, while slightly missing on revenue expectations. The tech heavyweight reported EPS of $1.10 on revenue of $32.47 billion for the December quarter. Wall Street had expected Microsoft to earn $1.09 per share on revenue of $32.49 billion. Shares of Microsoft dropped about 2% in the after-market hours.

The stock has an average 12-month price target of $128, suggesting a 4% upside from its last close.