Short-seller Citron Research on Tuesday tweeted that it bought shares of Nvidia Corp (NVDA). Shares of the graphics chipset maker rose about 2.5% at market open on the news.

Shares of Nvidia were down at least 8% in pre-market trade before the news broke.

Citron buys $NVDA. This is the first time in 2 years stock offers an appealing risk-reward to investors. $NVDA still a player in AI and Data..will eat through inventory issue. We see $165 before we see 120. Anyone remember this interview? MUST WATCH https://t.co/azGG9yyWLE

Last week, Nvidia had announced that the newly launched T4 GPU was adopted faster than any server GPU.

Just two months after its launched, the company claimed that T4 has been featured in 57 separate server designs from various computer makers. Moreover, it has also been implemented in cloud offerings, with the first availability of the T4 for Google Cloud Platform customers.

“We have never before seen such rapid adoption of a datacenter processor,” said Ian Buck, vice president and general manager of Accelerated Computing at NVIDIA.

“Just 60 days after the T4’s launch, it’s now available in the cloud and is supported by a worldwide network of server makers. The T4 gives today’s public and private clouds the performance and efficiency needed for compute-intensive workloads at scale,” he added. 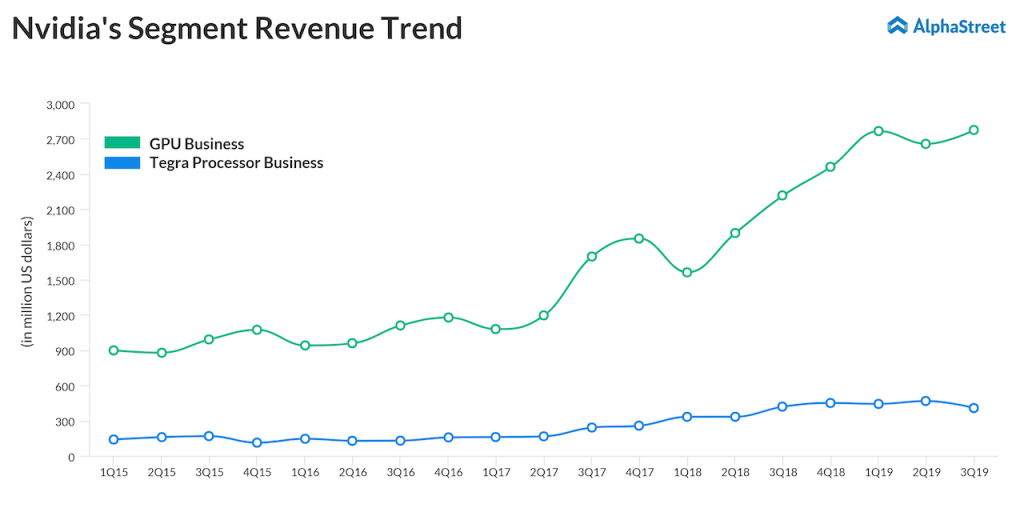 However, the stock was suffering post disastrous earnings results. Total reported revenues and the outlook for the fourth quarter fell short of expectations, driving the company’s stock down 16% in the after-hours trading last Thursday, after it announced the results.