Net new active accounts of 9.8 million brought the total active accounts to 295 million accounts, up 16%. Payment transactions surged 25% to 3.1 billion, and $179 billion in total payment volume was up 25%.

PYPL shares jumped 4.5% immediately following the announcement. The stock, which is yet to fully recover from the downtrend that followed the second-quarter results, trades slightly above the $100-mark ahead of the earnings release. The shares have gained 16% since the beginning of the year. 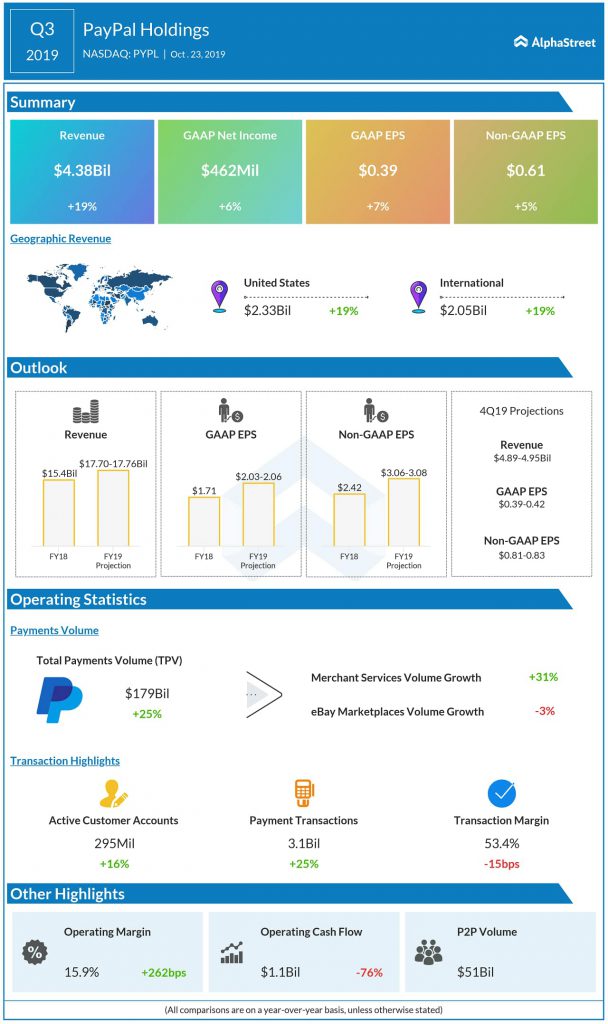 CEO Dan Schulman said, “This quarter we announced that we will be the first foreign payments platform to be licensed to provide online payment services in China, a very significant development that has the potential to meaningfully expand our addressable market.”

Last week, American Express (AXP) said its third-quarter earnings grew in double digits to $2.08 per share as revenues rose to about $11 billion helped by an increase in cardmember spending

BlackBerry Limited (NYSE: BB) is slated to report its fourth-quarter 2020 earnings results on Tuesday, March 31, after the market closes. The top line will be benefited by BlackBerry Cylance

Companies that are working on the coronavirus vaccine

The coronavirus pandemic continues to plague the world with over 500,000 cases reported globally and over 82,000 cases in the US alone. As the world grapples with the outbreak, several