Pharma giant Pfizer (NYSE: PFE) Tuesday reported stronger than expected earnings and revenues for the first quarter of 2019. The company also revised up its earnings guidance for fiscal 2019 to reflect one-time gains recorded during the quarter. 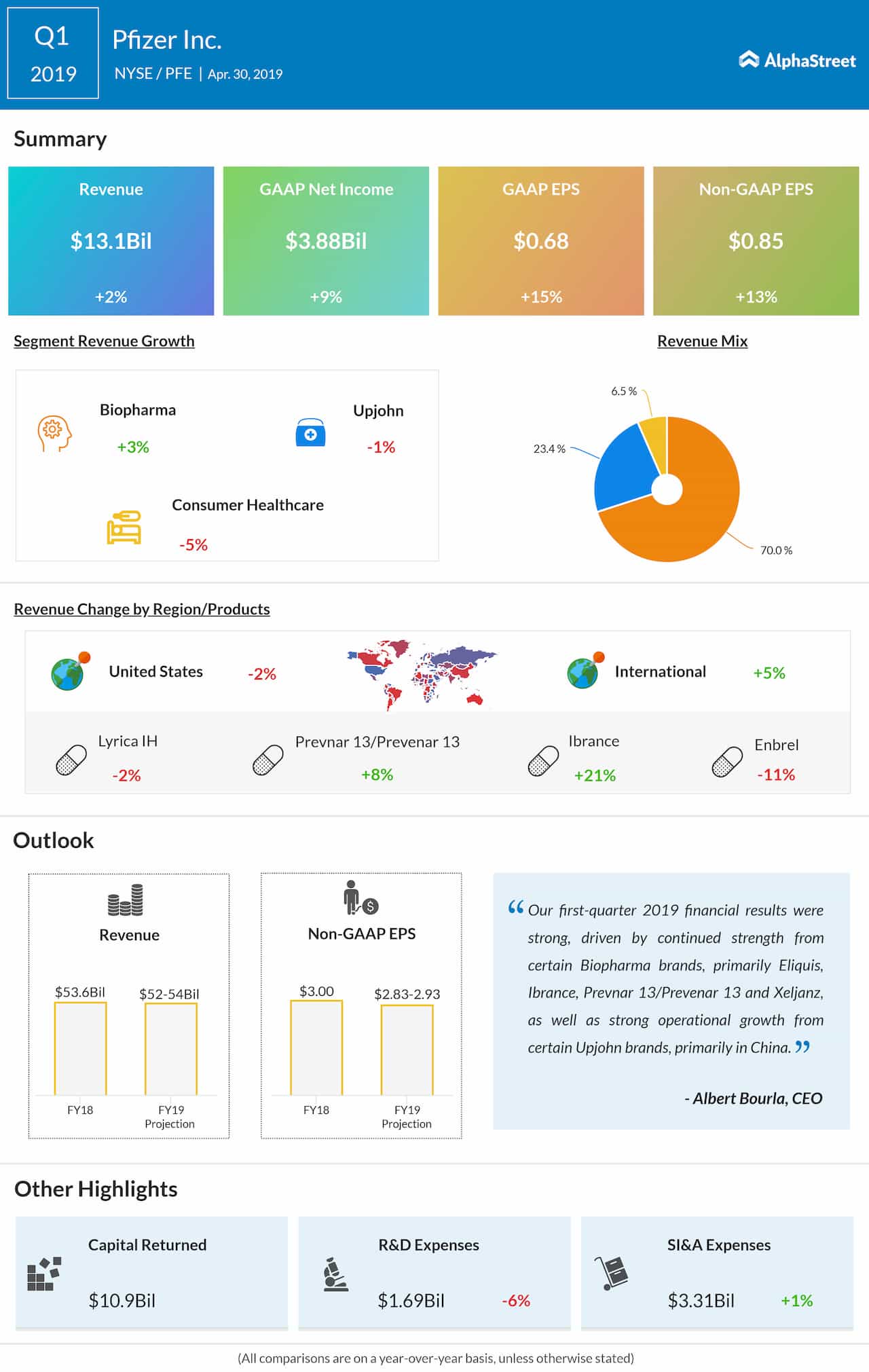 The positive bottom-line performance reflects a 2% growth in revenues to $13.12 billion, which also surpassed Wall Street’s prediction. The top-line benefitted from a 7% operational growth in Pfizer Biopharmaceuticals Group – mainly on the strength of the leading brands including Eliquis, Ibrance and Prevnar – and a 1% operational growth in Upjohn, with some brands witnessing solid demand in China.

Meanwhile, Consumer Healthcare revenue declined 2% operationally as a 4% growth in international markets was more than offset by an 8% decline in the US.

In the first quarter, the company returned $10.9 billion to shareholders – $2 billion of dividends and $8.9 billion by way of repurchasing shares.

During the three-month period, the FDA accepted for priority-review a supplemental Biologics License Application filed by Merck KGaA and Pfizer for Bavencio, a formulation being tested for the treatment of advanced kidney cancer.

Meanwhile, the management raised the midpoint of its full-year 2019 earnings guidance range to $2.83-$2.93 per share. The previous estimate was $2.82-$2.92 per share. The outlook was revised to factor in the effect adjusted Other Income recorded in the first quarter, which was partially offset by unfavorable foreign exchange rates.

Ely Lilly (LLY) Tuesday reported a 3% increase in first-quarter revenues to about $5 billion, supported by broad-based sales growth. Consequently, earnings moved up 2% to $1.33 per share. Earlier this month, Johnson & Johnson (JNJ) reported a 2% year-on-year increase in adjusted earnings for its first quarter when revenues remained broadly unchanged at $20 billion.

Pfizer shares rose 1% early Tuesday following the earnings report, after closing the previous session lower. The stock has lost 8.5% since the beginning of 2019.