Alaska Airlines (ALK) is scheduled to report fourth-quarter results after the closing bell on Thursday, January 24. Analysts expect the company to post earnings of 73 cents per share on revenues of $2.06 billion.

The airliner had topped profit estimates during the prior three quarters, and yet the bottom-line had declined year-over-year during each of them.  Analysts expect the trend to continue into the fourth quarter, primarily due to higher fuel prices and unimpressive load factor.

Though jet fuel prices declined by the end of the year, it was still higher than the levels witnessed same time last year. Alaska management had projected jet fuel price for the fourth quarter at $2.35 per gallon.

Meanwhile, the stagnant load factor (an important metric for airline companies that map the percentage of seats occupied by passengers) over the past three quarters may primarily be attributed to capacity overexpansion.

Keeping aside these weaknesses, Alaska Airlines actually had a strong holiday quarter that saw robust traffic during the Thanksgiving weekend. This complemented by favorable pricing and lower tax rates are expected to boost the company’s results during the fourth quarter.

In the to-be-reported quarter, ALK anticipates revenue per available seat mile (RASM) between 12.82 cents and 12.84 cents, suggesting a 5% growth from last year.

ALK shares have traded mostly sideways throughout the trailing 52 weeks and are currently down 8.2%. 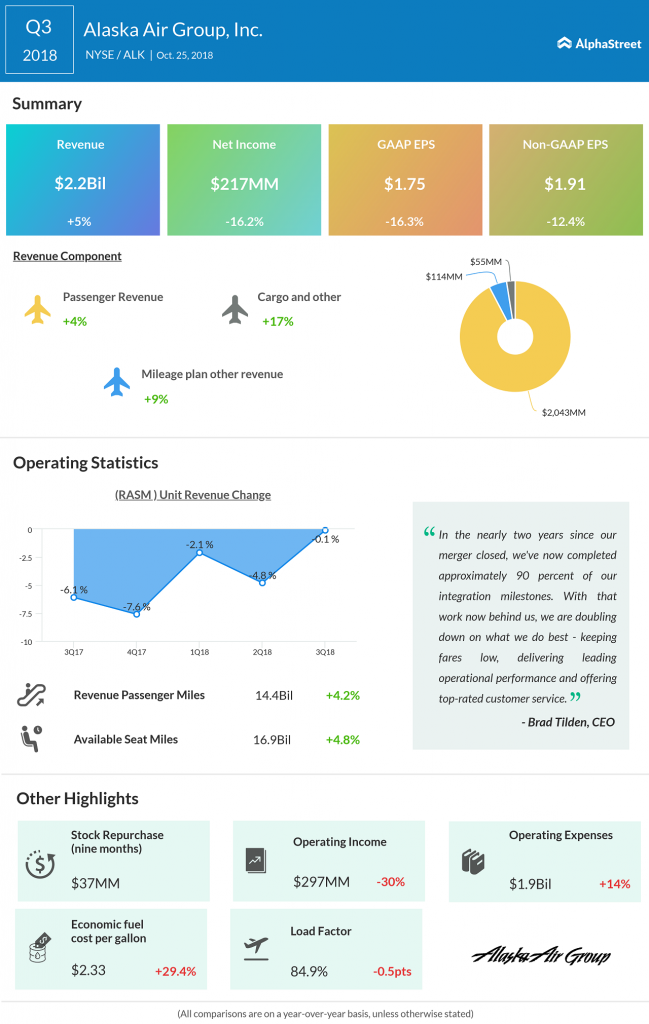