E-commerce technology firm Shopify (NYSE: SHOP) reported an increase in net profit and revenues for the first quarter, aided mainly by strong demand for its subscription solutions. The results also came in above the market’s estimates, driving the company’s stock higher during Tuesday’s pre-market session. 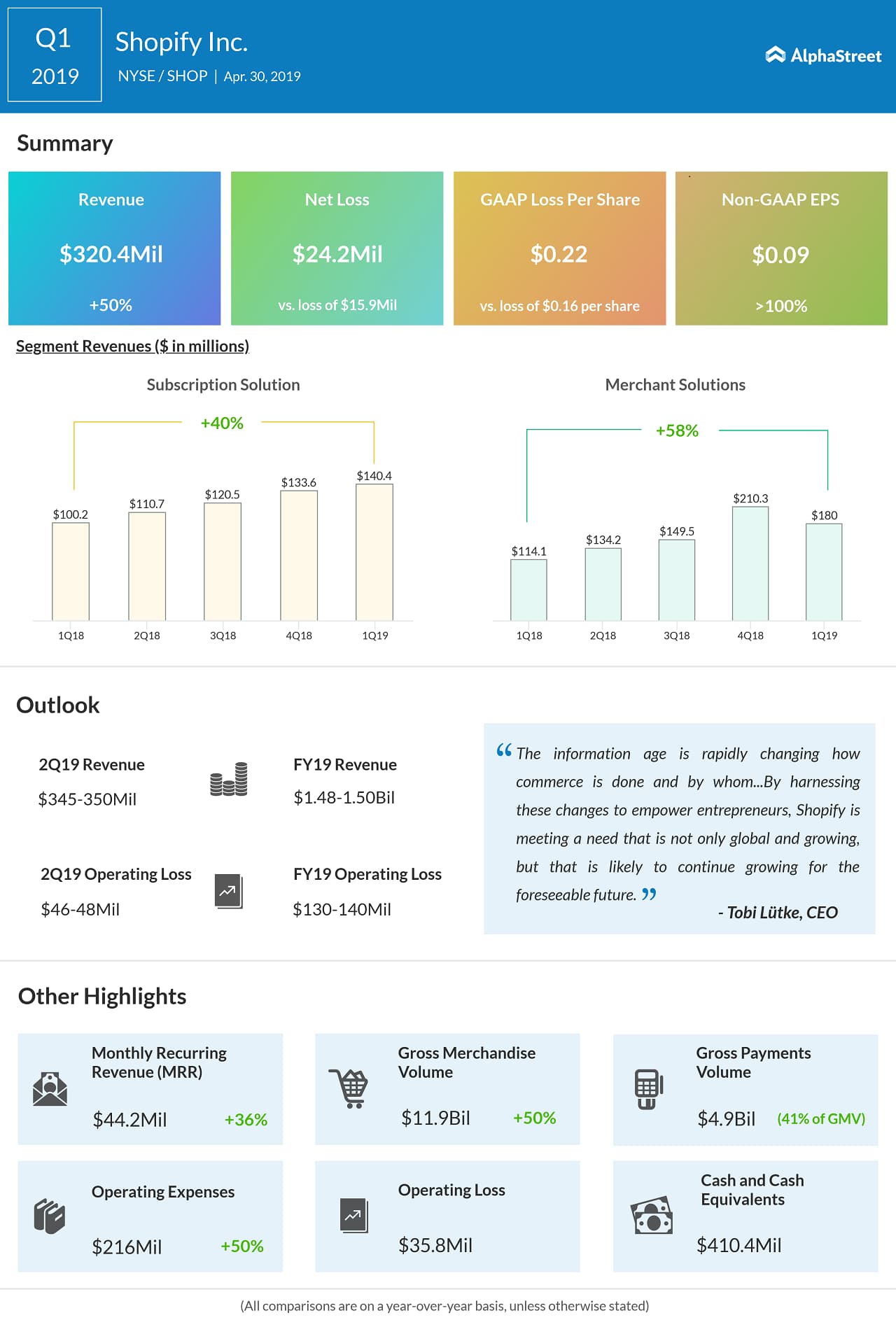 In the March-quarter, revenue climbed 50% annually to $320.48 million, reflecting a 40% growth in subscription solutions revenue owing to an increase in the number of merchants joining the platform. The top-line also came in above analysts’ projection. At $180 million, merchant solutions revenue was up 58%. As of March 31, monthly recurring revenue was $44.2 million, up 36% compared to last year.

The top-line growth was driven by an increase subscription solutions revenue, aided by a spike in the number of merchants joining the platform

Amy Shapero, CFO of Shopify, said, “We’re off to an incredible start this year, as more merchants around the globe choose Shopify to start, grow, and manage their businesses. Entrepreneurs and enterprises alike recognize that Shopify’s merchant-driven mission helps them build their most successful business and thrive in an ever-changing retail landscape.”

During the first quarter, the company launched its TV and film content development division Shopify Studios, and also a multi-currency feature for Shopify Plus merchants who use Shopify Payments.

Second-quarter revenues are estimated to be in the range of $345 million to $350 million, and operating loss in the $46-$48 million range. On an adjusted basis, the management expects an operating loss between $6 million and $8 million for the June quarter.

Shopify shares maintained a steady uptrend in the past twelve months, gaining around 66% during the period. The stock closed the last trading session higher.