In Q4, comparable same-store sales in its retail stores, including e-commerce, rose 1.1%, including a 3% increase in its international stores and a modest 0.4% hike in the United States. 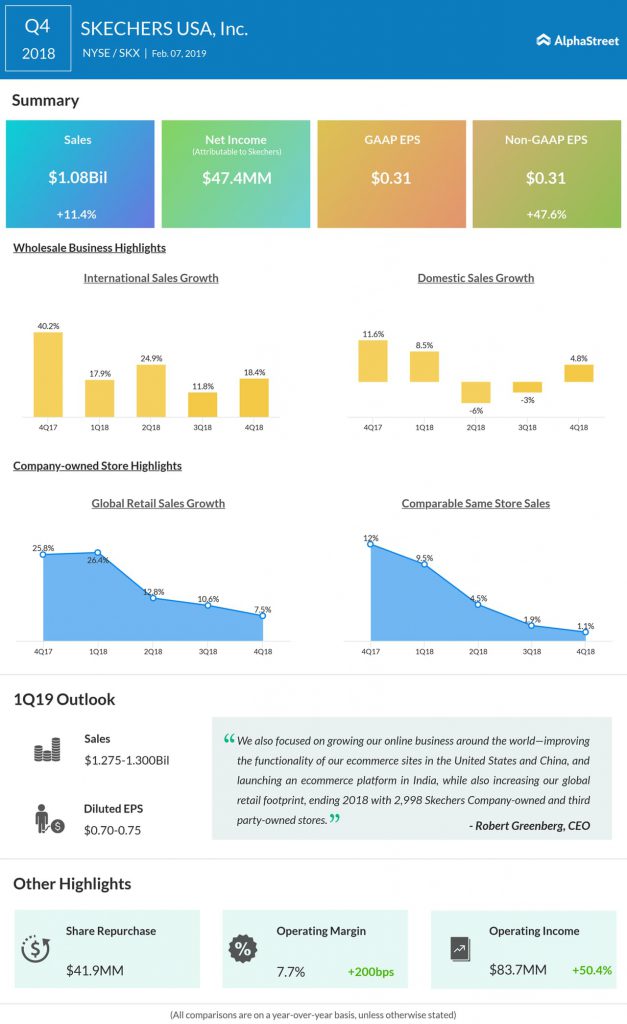 SKX shares jumped 13% during aftermarket trading. The stock has declined by about 33% in the past 12 months.