After reporting four quarters of earnings since it went public in November 2017, Stitch Fix (SFIX) is scheduled to report its earnings for the first fiscal quarter of 2019 on Monday, December 10, after the market closes. Analysts forecast the online fashion retailer to post earnings of 3 cents per share on revenue of $358 million. 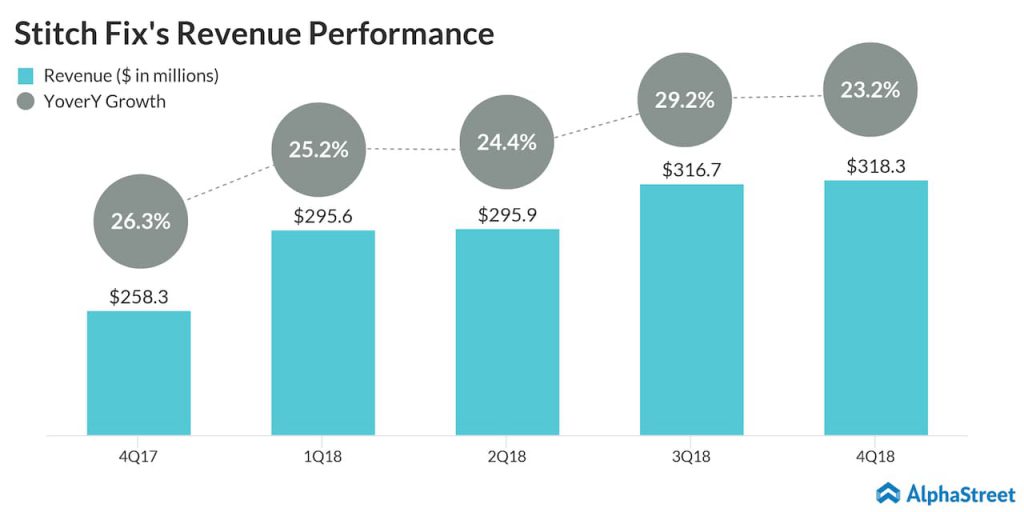 For the fourth quarter ended July 28, 2018, Stitch Fix reported earnings of 18 cents on revenue of $318.3 million. While earnings beat analysts’ prediction by 14 cents, revenue missed Street’s targets by a slight margin. Active users annual growth of 25% to 2.7 million for the final quarter of 2018 was less than expected and the dismal guidance sent the stock south.

Specialty retailer Ascena Retail Group (ASNA) is also reporting its quarterly results on Monday, while the big-box retailer Costco Wholesale (COST) is set to report its earnings on December 13, Thursday.