Electric car maker Tesla, Inc. (NASDAQ: TSLA) ended the first half with more hits than misses, at a time when the broad auto sector is gradually getting back on track after being hit by the pandemic. The company reported record second-quarter results this week, bringing cheer to investors who have been concerned about delays in the execution of certain growth initiatives CEO Elon Musk had announced earlier, such as internal production of battery cells and rollout of new models.

Often defying experts’ predictions of negative earnings, the company reported better-than-expected earnings in recent quarters. Though Tesla’s stock stayed on the slow track after retreating from the January peak, all along experiencing volatility, it still looks overvalued. Investors who can afford it and those convinced about the company’s long-term growth prospects would still be interested in the stock, which carries a target price of about $743.

Tesla’s profit surged multifold year-over-year to an all-time high of $1.1 billion in the June quarter when revenues from automotive sales more than doubled to around $10 billion. During the quarter, it produced 206,421 vehicles and delivered 201,304 units. The bottom-line also benefitted from the ongoing cost-reduction program – operating expenses as a percentage of sales declined this time.

The management is optimistic about starting Model Y production at the Berlin and Austin facilities later this year. It also sees vehicle delivery growth accelerating progressively in the coming years, in line with the strong global demand. While Tesla looks prepared to navigate through the supply chain issues, the global chip shortage might remain a challenge as far as production and delivery are concerned. It is worth noting that the company had to close some factories due to parts shortage. 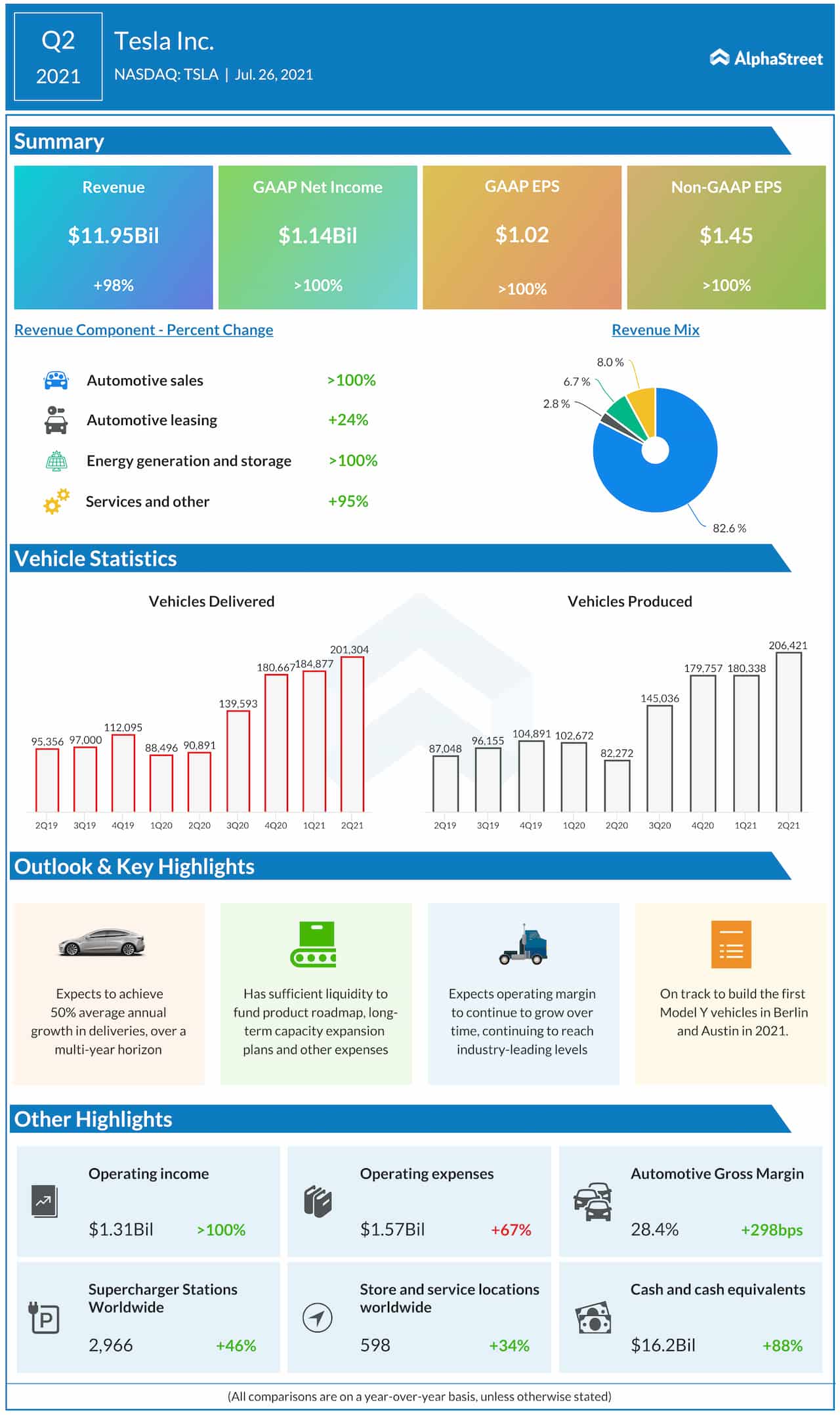 The Model S Plaid+ program, another ambitious project by Musk, was called off recently amid supply chain issues and chip shortage. Also, the launch of internally developed 4680-battery-cells was deferred due to technical reasons. The new cells, designed to reduce both weight and cost, are expected to set a new milestone by powering the company’s future vehicle models with extra efficiency.

We can make a small number of vehicles, but the effect of cost if you make a small number of vehicles is insane like they would literally cost $1 million apiece or more. There’s a reason why you do things in volume production, which is to get the economies to scale and get the cost down. So we are looking at a pretty massive increase in cell availability next year. But it’s not like on January 1.

Since the threat of coronavirus is far from over, some of Musk’s growth plans might get delayed. But it is crucial for Tesla to keep innovating and safeguarding its market share because new players like Lucid are making inroads into the EV space, giving competition to the company.

After the short-lived rally that followed the earnings announcement, Tesla’s stock changed course and traded lower early Tuesday but remained well above its long-term average. The shares have lost about 27% since peaking in January.