When Tesla (NASDAQ: TSLA) chief Elon Musk announced Wednesday that the company’s latest battery-powered pickup will be launched on November 21, the market’s initial response was underwhelming. However, the stock gained later, after trading flat in the early hours of the session. Musk in a social media statement said Cybertruck will be rolled out in Los Angeles.

The futuristic pickup truck was announced about an year ago. The first-of-its kind model has innovative features like high-voltage power outlets for work tools. Musk had claimed that Cybertruck is better than most of the brands currently available in that segment, all powered by conventional combustion engines.

The design and look of the pick-up truck have been kept a secret so far. Musk has hinted that the vehicle, which according to him looks like an armored personnel carrier, could be used by the US military in the future and referred to it as a unique model that “won’t be for everyone.” There has been speculation about the features of the all-electric truck ever since the company announced the concept several months ago. The launch was originally scheduled for this summer, but postponed later. 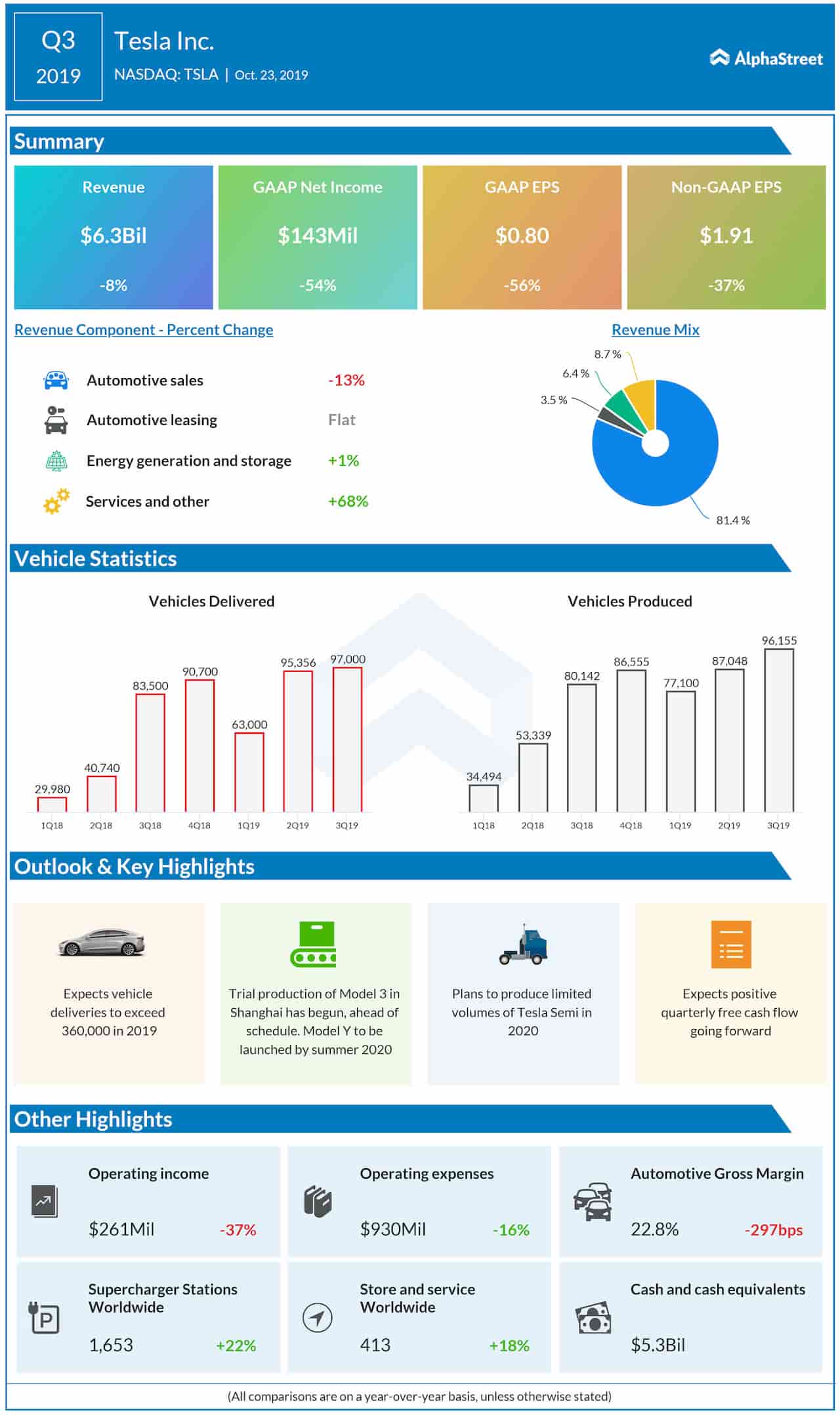 The company had unveiled its Semi Truck and Tesla Roadster long back. Tesla reported a surprise profit for the third quarter, spurring a stock rally that added several million dollars to its market value. It posted earnings of $1.91per share, contrary to expectations for a loss, even as revenues dropped 8% to $6.3 billion.

Earlier, the company said the work on its ambitious Gigafactory in Shanghai was progressing ahead of schedule and that the production of Model Y would start next summer.

After plunging to a multi-year low in May, Tesla’s stock gained more than 75%, paring most of the recent losses. The shares traded slightly higher during Wednesday’s regular session.