Aviation company Textron (TXT) on Wednesday reported better-than-expected first-quarter earnings of 76 cents per share, primarily driven by a strong aviation segment. Analysts had projected 70 cents per share for the quarter. 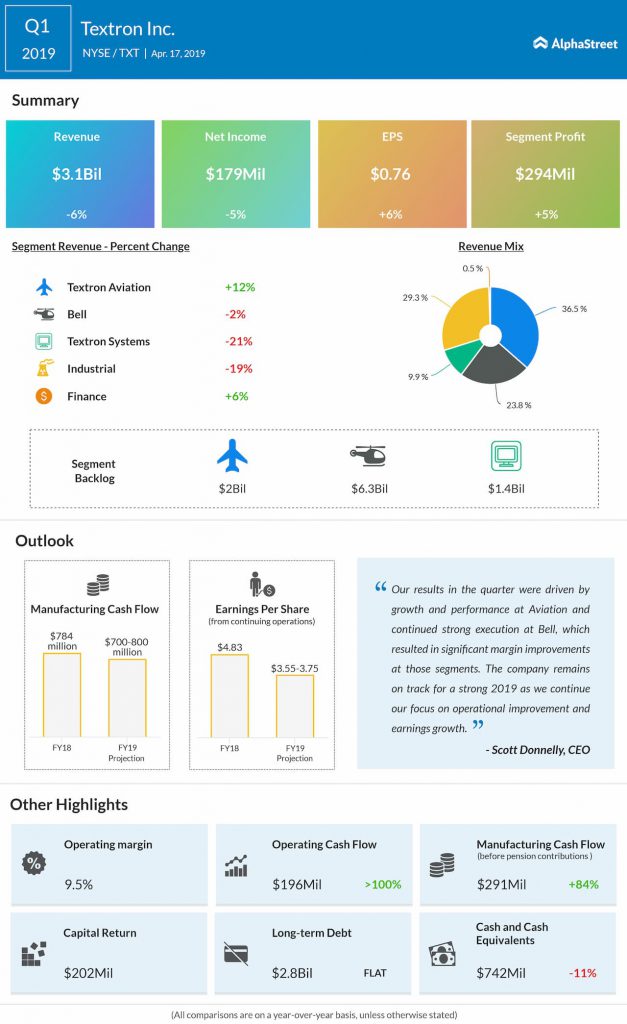 Revenues at Textron Aviation grew to $1.1 billion, due to higher volume and mix across the jet and commercial turboprop product lines.

Textron shares have gained 13% so far this year but have declined 13% in the trailing 52-weeks period.

CEO Scott C. Donnelly said, “Our results in the quarter were driven by growth and performance at Aviation and continued strong execution at Bell, which resulted in significant margin improvements at those segments.”