United Airlines, listed under its parent United Continental Holdings Inc (UAL), on Wednesday announced the addition of 1,600 premium seats to about 250 aircraft operating in domestic and international routes.

The premium seat addition includes the launch of a new first-class cabin in United’s 50 Bombardier regional flights as well.

In this bid to attract premium customers, United also added a new regional jet — the CRJ 550 — with a 50 seater first-class cabin.

Industry rivals Delta (DAL) and American Airlines (AA) also recently announced the addition of premium seats in a move that could potentially hint at air carriers focussing more on high paying travelers to bump up their operating metrics.

According to United, the new changes are expected to come to effect by the end of next year. It expects the first flight to be reconfigured to be a 767 flying between Newark and London.

Last month, United Airlines posted a 20% dip in earnings for the fourth quarter on higher operating expenses, despite exceeding market expectations. Non-GAAP earnings soared 67%, while revenue grew 11% in the period. 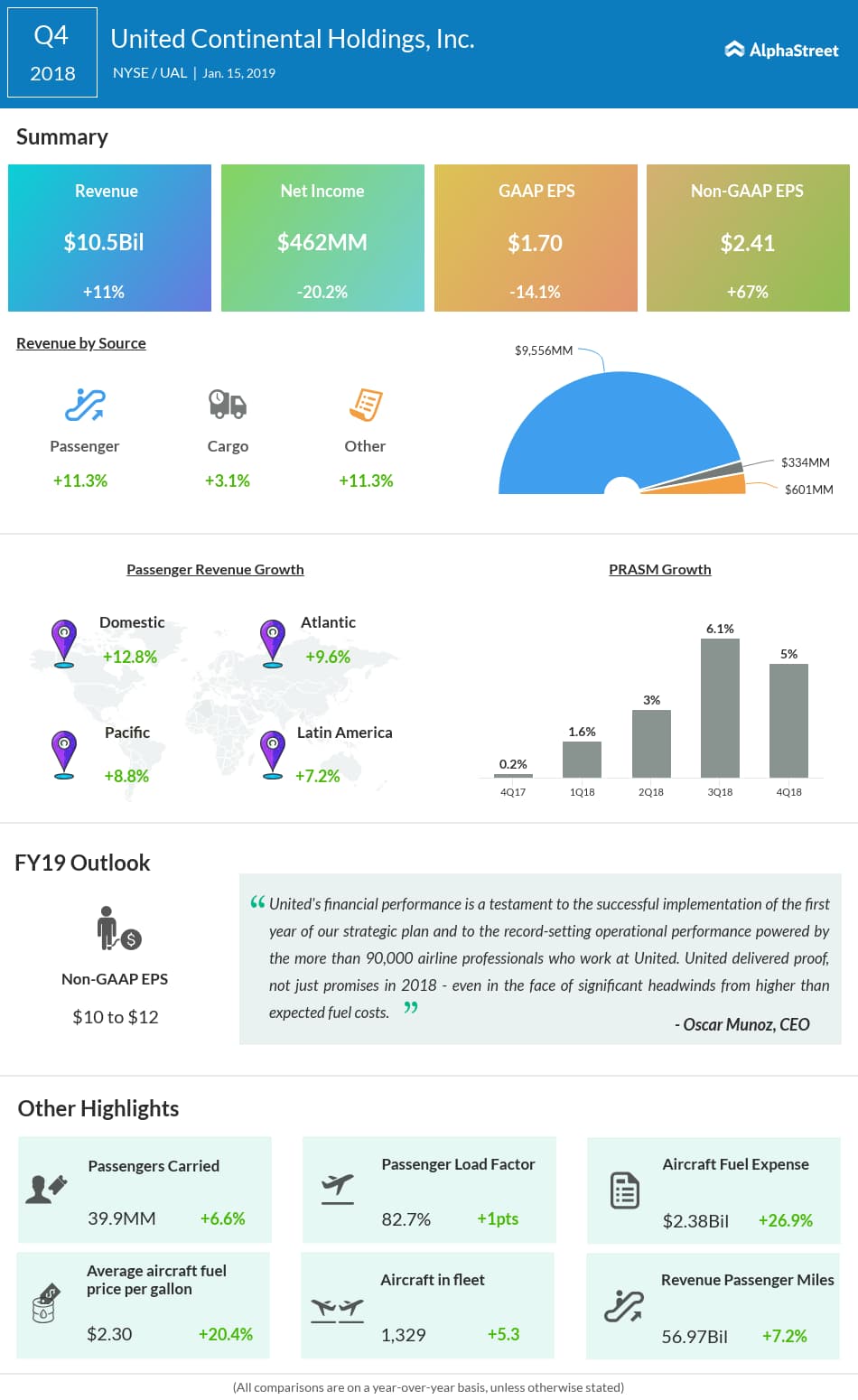 The carrier also announced its full-year 2019 outlook for adjusted earnings of $10-12 per share. Consolidated capacity growth is predicted to be 4-6%.

In the first quarter of 2019, United Airlines expects revenues to increase 0-3% on a capacity addition of 5-6%. For the three-month period, the carrier expects 965-985 million gallons of fuel to be consumed.

The prolonged shutdown of the US government seems to have done serious damage to the airline industry despite the remarkable turnaround in recent years. This latest move to attract high-paying travelers is a step in that direction. As this current quarter comes to a close, we’ll soon see how analysts will look at this proposed changes and its impact in the sector.