United Rentals (NYSE: URI) reported a 4% decline in earnings for the first quarter of 2019 due to higher interest expense associated with debt issued to fund the BakerCorp and BlueLine acquisitions. However, strong volume growth and improvements in rental rates drove revenue higher by 22%. The results exceeded analysts’ expectations. The company reaffirmed its 2019 revenue and adjusted EBITDA outlook.

Net income decreased 4.4% to $175 million while earnings rose 2% to $2.19 per share helped by lower weighted average shares outstanding. Adjusted earnings increased by 15.3% to $3.31 per share.

Revenue grew 22.1% to $2.12 billion helped by strong volume growth and improvements in rental rates. Rental revenues climbed 23% to $1.8 billion. The company realized broad-based growth across its geographic markets and vertical end-markets on both an actual and pro forma basis. 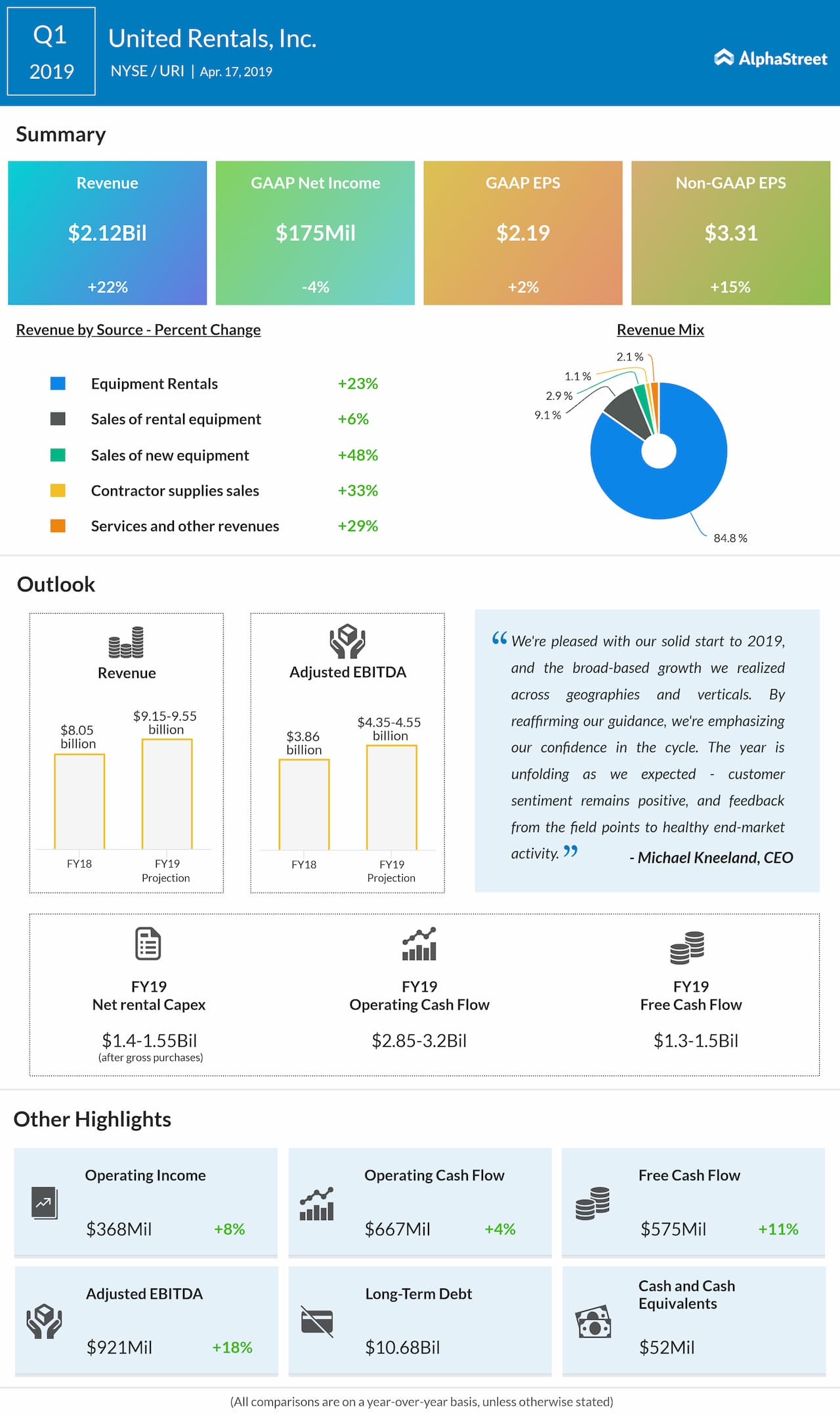 For the first quarter, fleet productivity within rental revenue decreased by 1.3% year-over-year, primarily due to the impact of the BakerCorp and BlueLine acquisitions. Rental revenue for the company’s specialty segment, Trench, Power, and Fluid Solutions, increased by 44.2% year-over-year, including a 9.5% increase on a same-store basis.

Shares of United Rentals ended Wednesday’s regular session down 0.23% at $125.76 on the NYSE. Following the earnings release, the stock inched up over 6% in the after-market session.