Viacom’s (Nasdaq: VIAB, VIA) Q1 earnings surpassed the analysts’ expectations, while revenue missed narrowly the Street’s views. Viacom’s adjusted EPS from continuing operations stood at $1.12 in the recently ended quarter on revenue of $3.09 billion. Analysts had expected the media giant to earn $1.03 per share on revenue of $3.12 billion. VIAB shares were up about 1% in the pre-market trading on Tuesday.

GAAP EPS from continuing ops dropped 41% year-over-year to 79 cents and revenue slipped 1% compared to the prior year quarter. 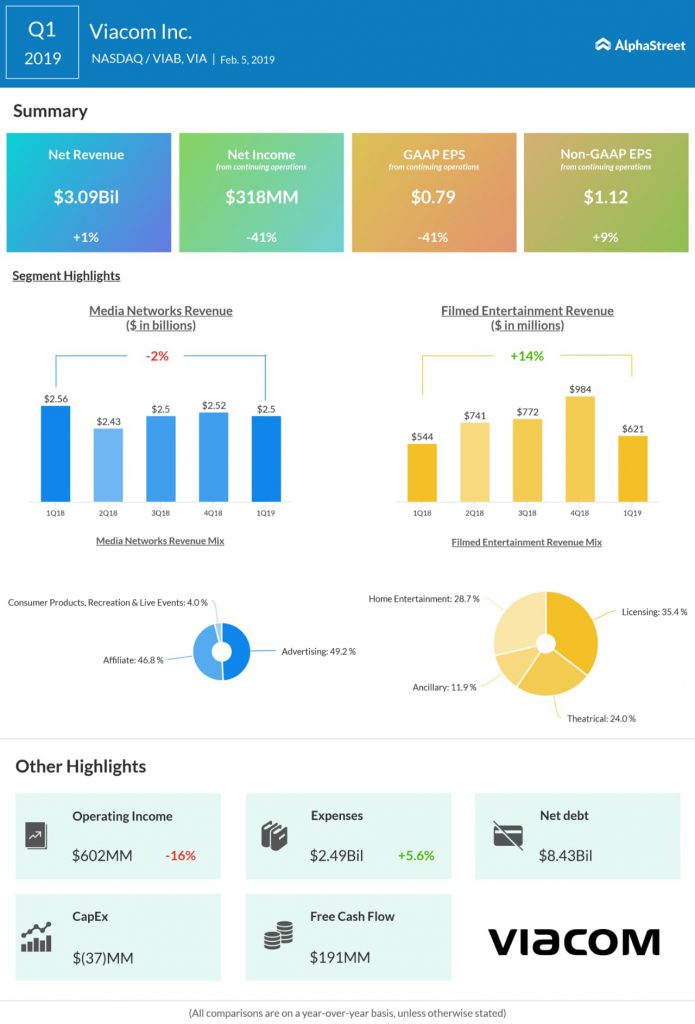 Revenue from Media Networks segment declined 2% as advertising revenue dropped 6%. In the Filmed Entertainment segment, Paramount Pictures delivered double-digit topline growth for the recently concluded quarter and entered into an agreement with Netflix in November 2018 to produce original films for the streaming service.

“Beyond the growth at our flagship networks and the resurgence of Paramount Pictures, we took a major step forward in our evolution with an agreement to acquire Pluto TV. This service will create a scaled direct-to-consumer offering for Viacom, and expand our opportunities in next-generation distribution and advanced advertising,” said Bob Bakish, CEO.

Viacom’s peer Walt Disney (DIS) is set to release its first quarter 2019 results after the bell on Tuesday.