Viacom (NASDAQ: VIAB, VIA) reported a 42% jump in earnings for the second quarter of 2019 helped by lower costs and expenses. The bottom line exceeded analysts’ expectations, while the top line missed consensus estimates. The top line was hurt by lower revenue from Filmed Entertainment and a decline in Media Networks revenue. 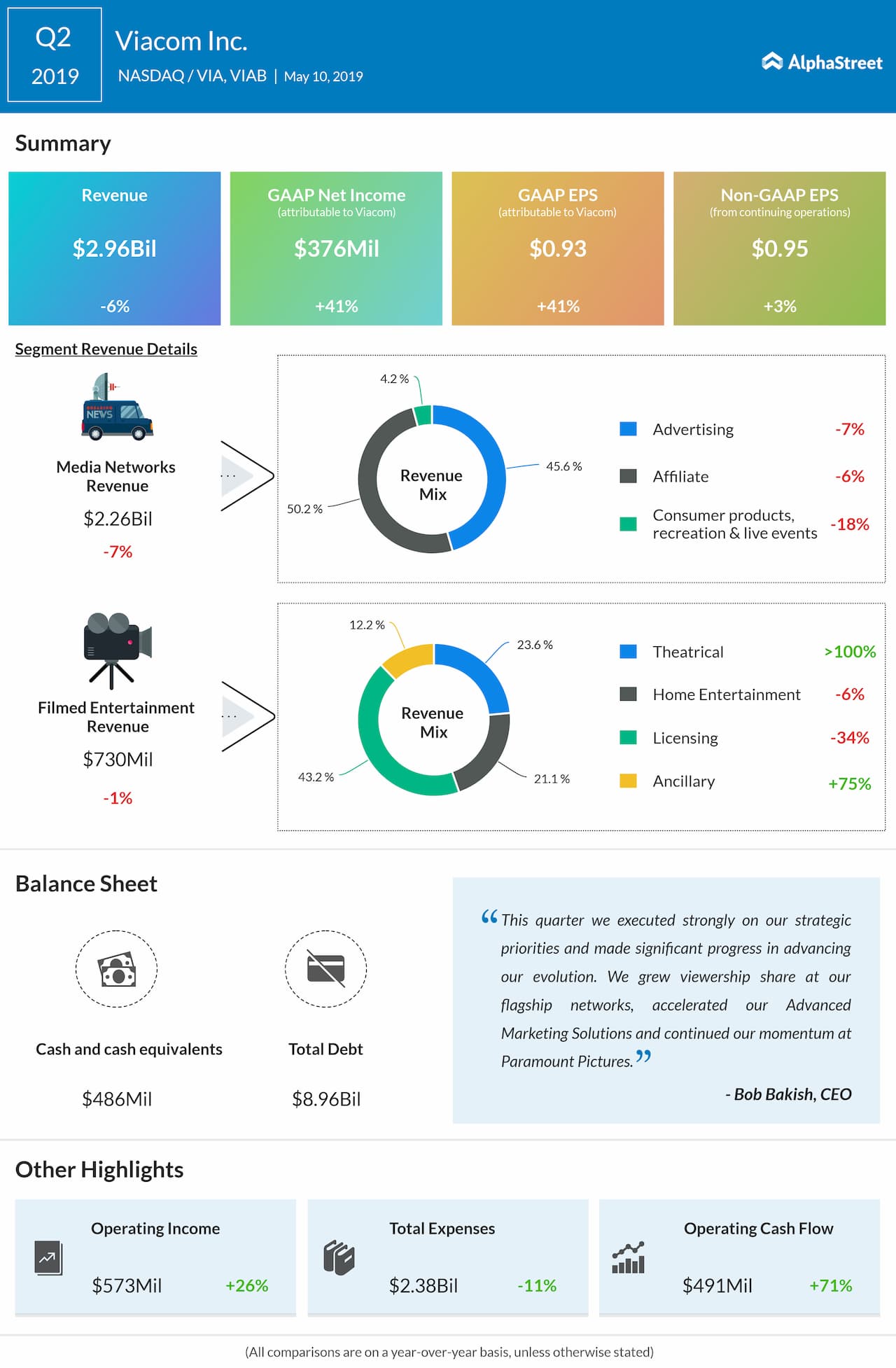 Viacom advanced its distribution across traditional and virtual MVPDs, mobile and direct-to-consumer; expanded product line with Pluto TV acquisition. At the end of April, monthly active users for Pluto TV grew to about 16 million, up 31% since December 2018. Viacom launched 14 library channels on Pluto TV, broadening the content offering to kids, women and African Americans.

Viacom’s peer Walt Disney (NYSE: DIS) reported better-than-expected earnings and revenue for the second quarter of 2019. Studio Entertainment saw a 15% drop in revenue hurt by lower theatrical and home entertainment distribution results, as the current quarter had no releases that could match the success of Black Panther, Star Wars: The Last Jedi and Thor: Ragnarok during the prior-year quarter.

Shares of Viacom Class B common stock ended Thursday’s regular session up 0.35% at $28.50 on the Nasdaq. Following the earnings release, the stock inched up over 3% in the premarket session.