Viking Therapeutics (VKTX) Wednesday posted a wider net loss for the fourth quarter of 2018, owing to a sharp increase in research & development expenses.

The California-based biopharmaceutical company reported a net loss of $5.24 million, compared to a loss of $4.08 million in the fourth quarter of 2017. On a per share basis, however, the loss narrowed to $0.07 per share from $0.14 per share a year earlier due to an increase in the number of outstanding shares. Analysts had forecast a wider loss for the latest quarter. 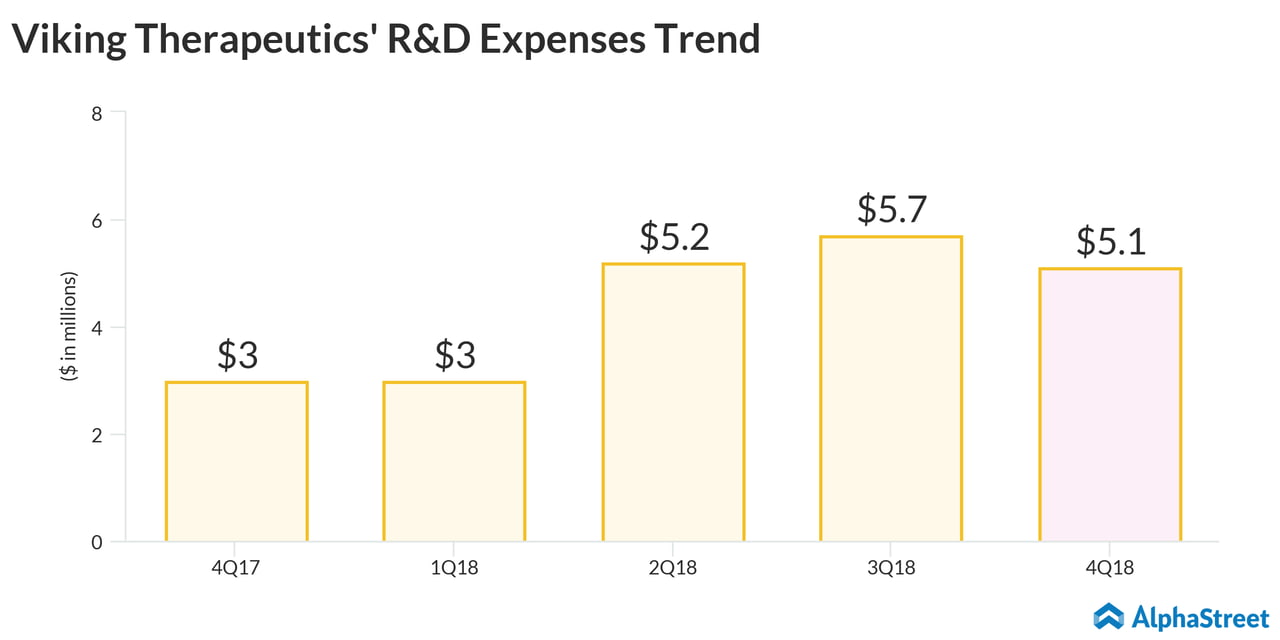 Research and development expenses surged 68% annually to $5.1 million during the three-month period, owing to intense pre-clinical study efforts, higher manufacturing expenses, use of third-party consultants and stock-based compensation. The impact of higher R&D expenses was partially offset by a decline in clinical study expenses.

“Thanks to successful fundraising efforts in 2018, we ended the year with more than $300 million on our balance sheet, and are now capitalized to reach major inflection points for multiple programs.  Entering 2019, we are focused on executing our operating plans and enthusiastic about the future development of our pipeline,” said CEO Brian Lian.

Research and development expenses surged 68% annually to $5.1 million during the three-month period

The management said it is on track to submit investigational new drug application by year-end for its second thyroid receptor agonist VK0214, on which initial trials are progressing currently.

The company will be initiating the phase-IIb study of VK2809 in biopsy-confirmed NASH in the second half of 2019. The results of the trial will be submitted at the EASL conference to be held later this year. Data from an earlier study revealed an improvement in response rate among the subjects. They also showed that patients who were given VK2809 experienced a significant decline in liver fat content.

Shares of Viking Therapeutics closed Wednesday’s regular session sharply higher but pared some of the gains during the extended trading hours. The stock has declined modestly since the beginning of the year.