Viking Therapeutics (VKTX) is scheduled to report fourth-quarter 2018 financial results on March 13, Wednesday, after the regular trading hours. The market expects the company to report a loss of 10 cents per share during the quarter, narrower than the 14 cents per share loss it reported in the same period last year.

During the year-over quarter, net loss had increased by 14%, hurt by higher research and development expenses. As we head into the fourth quarter of this year, the clinical-stage biopharmaceutical firm is expected to see further growth in R&D expenses, which in turn, would weigh on results. 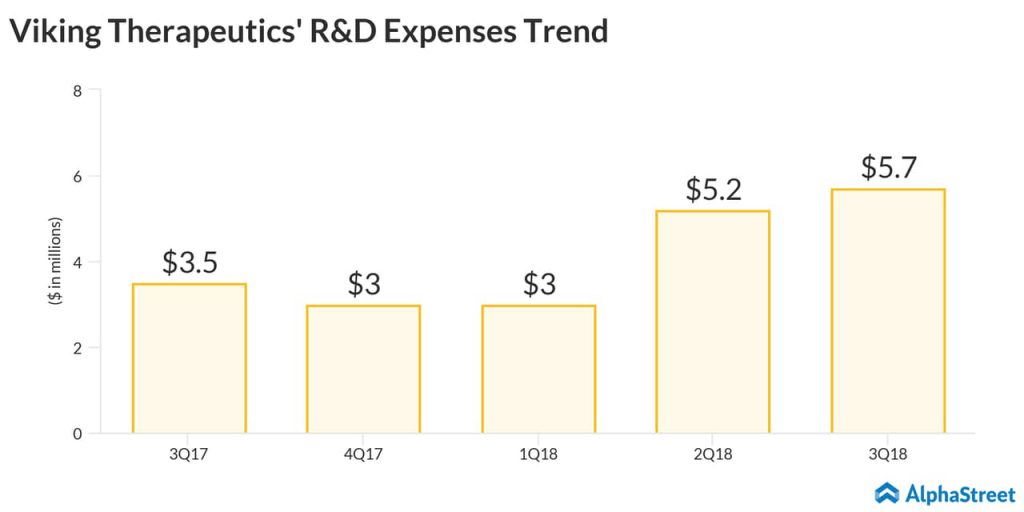 VKTX shares have gained 30% in the trailing 52 weeks. However, it has declined 60% since hitting a record peak in September last year.

Investors will be looking forward to any updates regarding the ongoing research on nonalcoholic steatohepatitis (NASH), a liver disease. Last month, Viking shares had jumped 6% after it was reported that rival Gilead Sciences’ (GILD) NASH candidate failed to meet its primary endpoint.

The stock once again received a bump when peer firm Intercept Pharmaceuticals (ICPT) produced positive topline results from the phase 3 study for its NASH drug. According to DelveInsight, the NASH market will experience significant annual growth over the 2016-2028 study period, as major-market sales increase up to $30.1 billion by 2028.

The stock has a 12-month average price target of $23, which represents a 193% upside from the last close. Hence the scope for a rally is high if the California-based firm pleases investors.