American Airlines Group (AAL) is slated to report its fourth quarter 2018 earnings on Thursday before the market opens. Analysts expect the world’s largest airlines to earn $1.04 a share on revenue of $10.98 billion for the final quarter of 2018.

It’s been a month since the start of the US government shutdown. This has led the reduction in the domestic travel and bad weather adds worries to the already troubled airline companies. The increasing fuel costs have been the major headwind for airlines industry in 2018. The political uncertainty and fuel costs would play a vital role in American Airlines’ Q1 outlook. 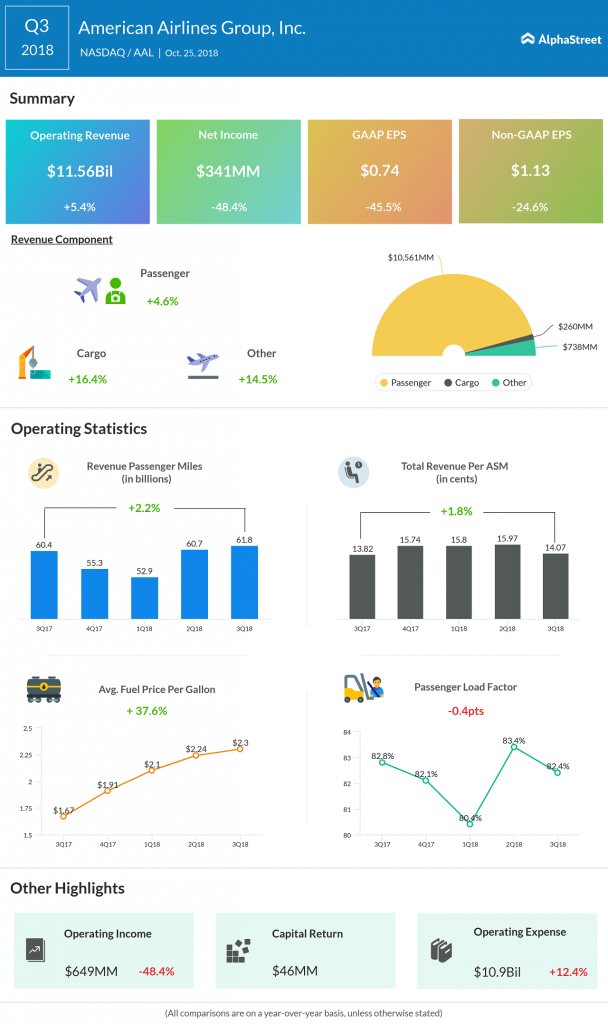 For the third quarter ended September 31, 2018, the Fort Worth, Texas-based airlines reported a fall of 49% in profit and a 5% increase in total operating revenues. While the company surpassed Street’s earnings estimates, it fell short of revenue predictions.

On January 10, American Airlines lowered its FY18 EPS outlook to a range of $4.40 to $5.00 from an earlier range of $4.50 to $5.00. Citing a lower than anticipated improvement in the domestic market, the company also reduced its revenue outlook for the fourth quarter. The current total revenue per available seat mile (TRASM) for Q4 is expected to grow about 1.5% year-over-year, at the lower end of the previously guided growth range of 1.5-3.5%.