Alphabet Q1 Earnings: Key numbers that you need to note down from GOOGL

Shares up over 3% during the after-hours following the earnings announcement.

Performance was strong during the first two months of the quarter, but then in March we experienced a significant slowdown in ad revenues. We are sharpening our focus on executing more efficiently, while continuing to invest in our long-term opportunities.

United States revenues (GAAP) were down 13% sequentially and up 14% year-over-year. 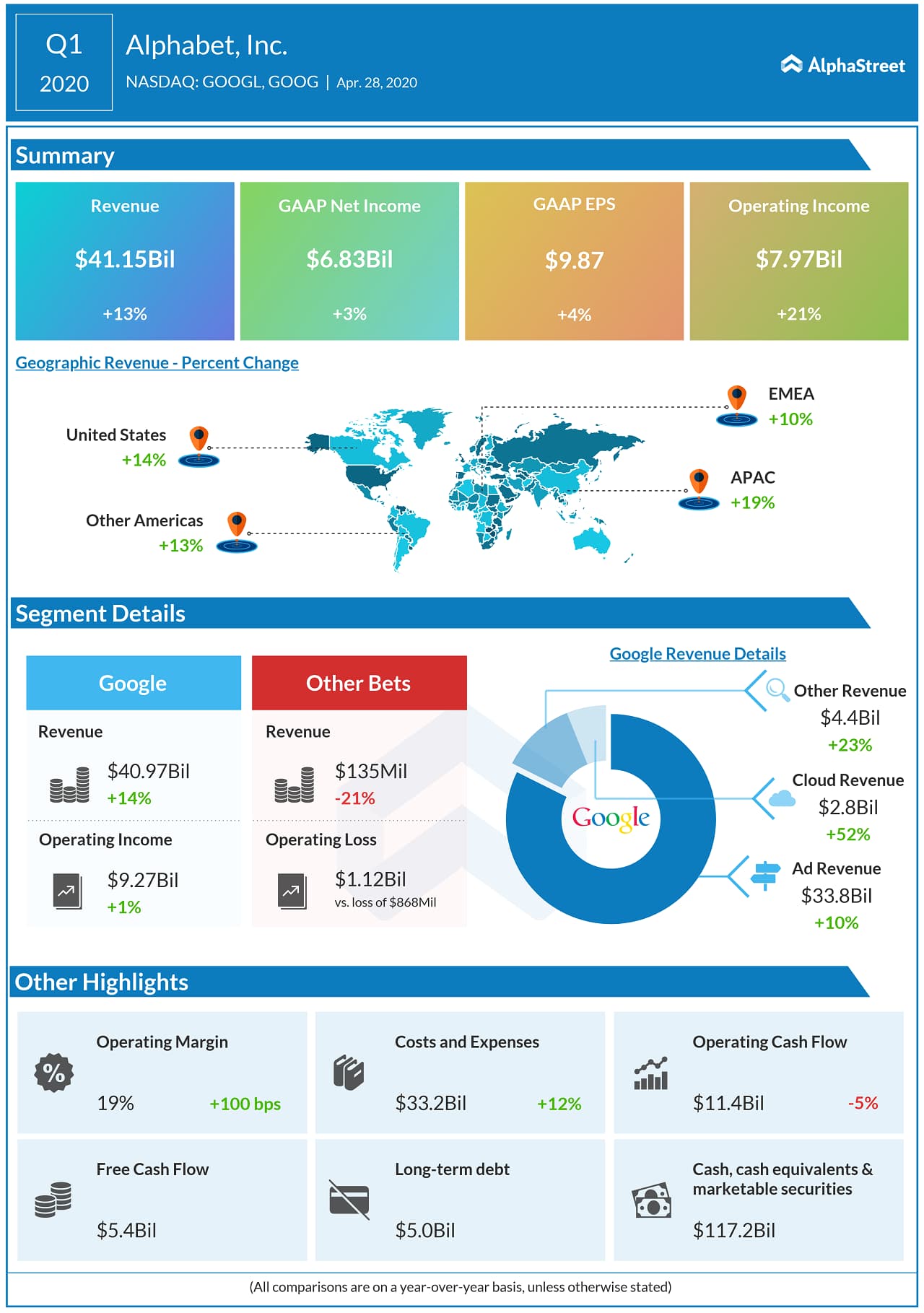 After Novavax (NASDAQ: NVAX) reported its progress on developing the COVID-19 vaccine at the end of February, the shares of the company started trading in double-digits after a long time.

Cannabis was recognized as an essential business in several markets when the shutdown came into effect, including Canada and some US states, at a time when its legalization is getting

Eastman Kodak (NYSE: KODK) reported a loss of $5 million on revenue of $213 million in the second quarter of 2020. The company earned $201 million in the prior-year quarter.