A month after announcing the withdrawal from its Phase 3 Alzheimer’s trials, biopharma firm Biogen (NASDAQ: BIIB) on Wednesday reported first-quarter earnings that surpassed Wall Street expectations. The company reported adjusted earnings of $6.98 per share, higher than the street projection of $6.88 per share. 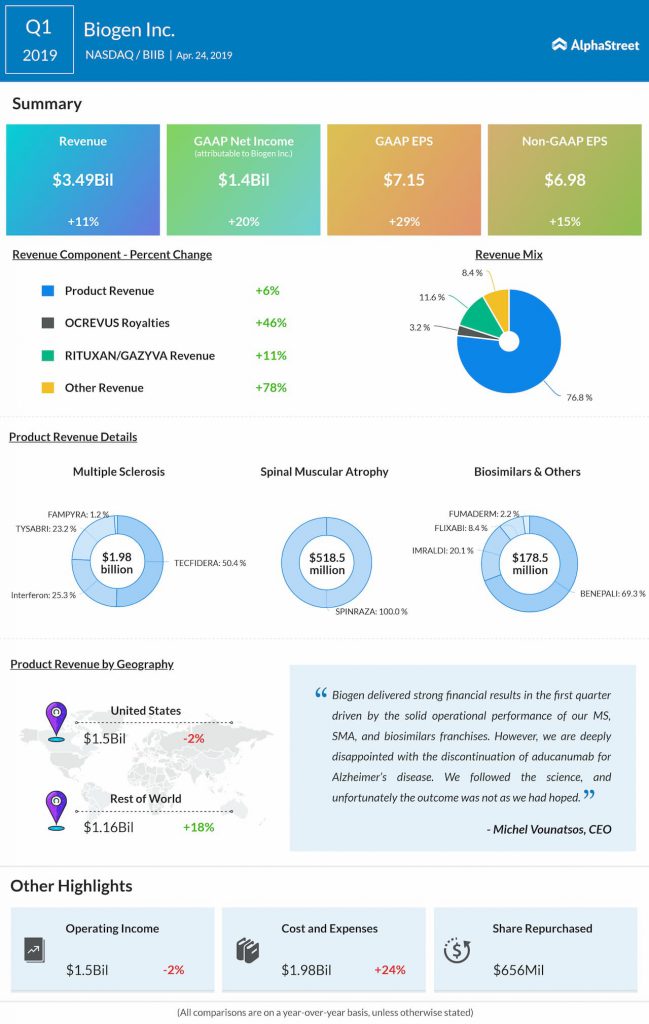 Revenue grew 11% to $3.49 billion, but missed the target of $3.38 billion set by analysts. The topline was primarily boosted by its Spinal Muscular Atrophy drug Spinraza as well as its biosimilars.

CEO Michel Vounatsos  said, “We are building depth in neuromuscular diseases and movement disorders, and our proposed acquisition of Nightstar Therapeutics would provide us with two potentially first-in-class mid- to late-stage clinical assets in specialty ophthalmology.”

The results sent the stock up 0.78% during pre-market trading on Wednesday. The stock is currently trading near a multi-year low, hurt by its decision to withdraw from the phase 3 clinical trial.

Biogen was pinning its hopes on Alzheimer’s drug candidate aducanumab for a potential blockbuster product as it already faces intense competition on multiple sclerosis and spinal muscular atrophy fronts. With the failure of aducanumab, the biopharma giant now needs to come up with a renewed strategy to diversify its pipeline.

The news had wiped off $18 billion from  Cambridge, Massachusetts-based firm.