Earnings preview: New markets hold the key for CarMax in the third quarter

Used-car retailer CarMax (KMX) is expected to post its third-quarter earnings on Friday, Dec. 21 before the opening bell. Signs show a bad time for the Fortune 500 company due to its costs, but its latest expansions might help drive up the bottom-line.

Analysts expect earnings of $1.01 per share on revenue of $4.35 billion for the period.

For the last three months, CarMax shares have underperformed the industry, with the stock declining 12% vs. the 25% rise for the sector.

The quarter to be reported saw the seconds’ retailer take an aggressive stance to pursue store expansion. In the first half of fiscal 2019, SG&A expenses shot up 10.3% to $891.8 million due to store openings. For fiscal 2019, CarMax projects capex of around $340 million. 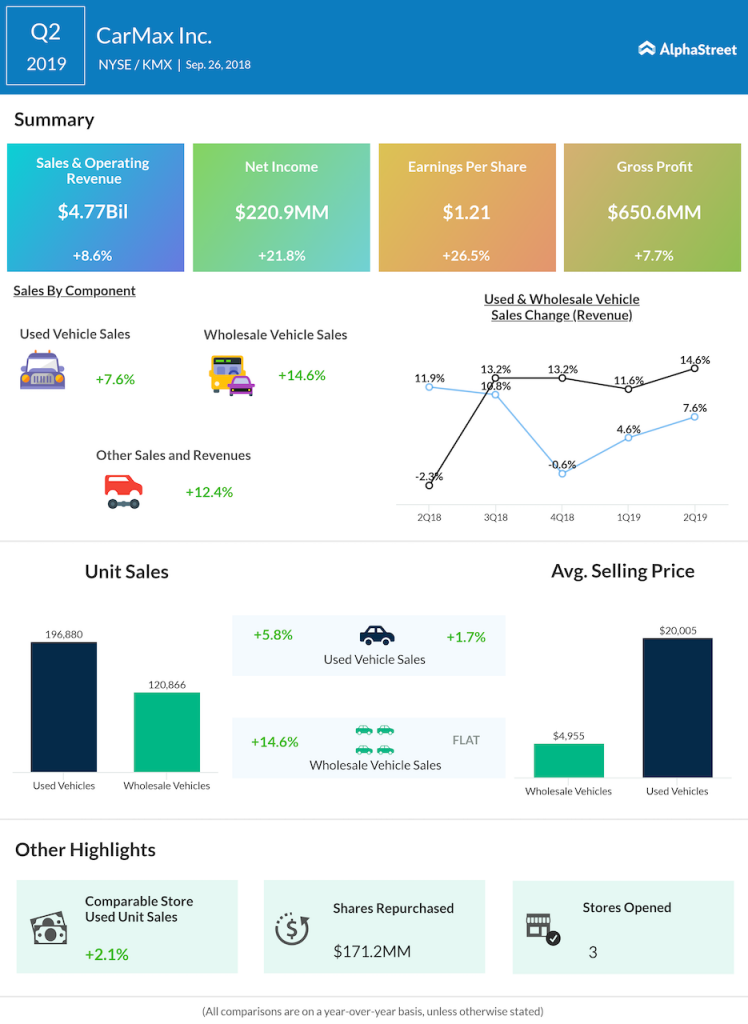 In the previously reported quarter, CarMax beat analyst expectations on sales and earnings numbers, lifting the stock by 3% during premarket hours on reporting day back in September. The used-car retailer reported net sales and operating revenues of $4.7 billion, up 8.6% from the same period last year. Comparable stores used unit sales grew 2.1%, reflecting improved conversion. Net income improved 21.8% to $220.9 million while diluted EPS grew 26.5% to $1.24, benefitting from a lower tax rate.

During the second quarter, CarMax opened three stores. The company added two stores in the existing television markets of New Mexico and Oklahoma, and entered the Georgia television market. During the 12 months ending August 31, 2019, CarMax plans to open 15 stores across various markets.