Total revenues increased 13% year-over-year to $5.09 billion in the second quarter of fiscal 2022. The number also came in slightly above Wall Street’s estimates. 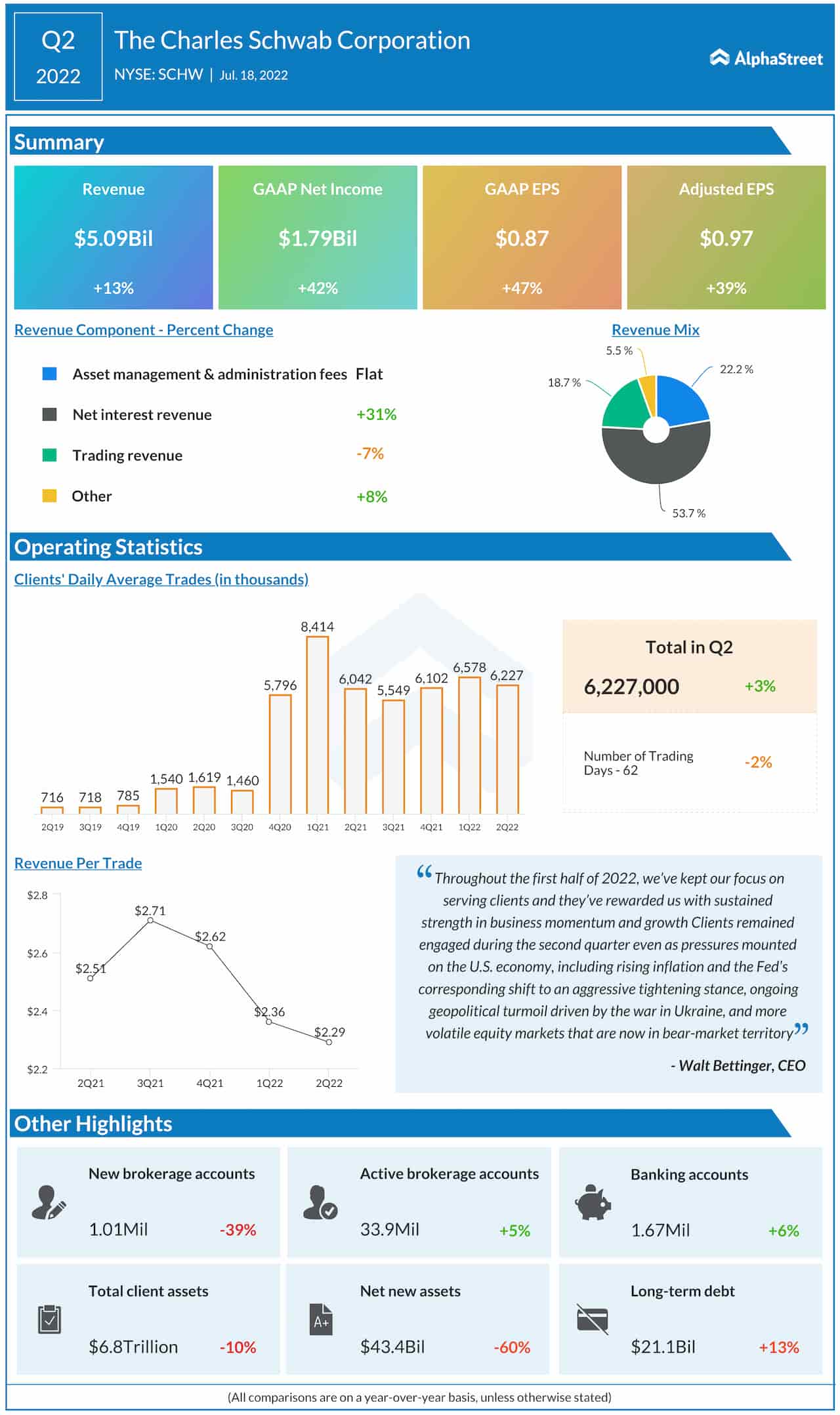 “Throughout the first half of 2022, we’ve kept our focus on serving clients and they’ve rewarded us with sustained strength in business momentum and growth. Clients remained engaged during the second quarter even as pressures mounted on the U.S. economy, including rising inflation and the Fed’s corresponding shift to an aggressive tightening stance, ongoing geopolitical turmoil driven by the war in Ukraine, and more-volatile equity markets that are now in bear-market territory,” said Walt Bettinger, CEO of Charles Schwab.

Charles Schwab’s stock has lost about 10% in the past twelve months. It gained on Monday morning following the earnings release, after closing the last session higher.