Chipotle Mexican Grill (CMG) Wednesday delivered fourth-quarter earnings of $1.72 per share, which came in well above analysts’ projection of $1.37 per share. Revenues gained 10.4% to $1.22 billion, surpassing the street consensus of  $1.19 billion, driven by a 6.1% increase in comparable restaurant sales and new restaurant openings.

CMG stock popped over 7.5% during after-market trading on Wednesday. 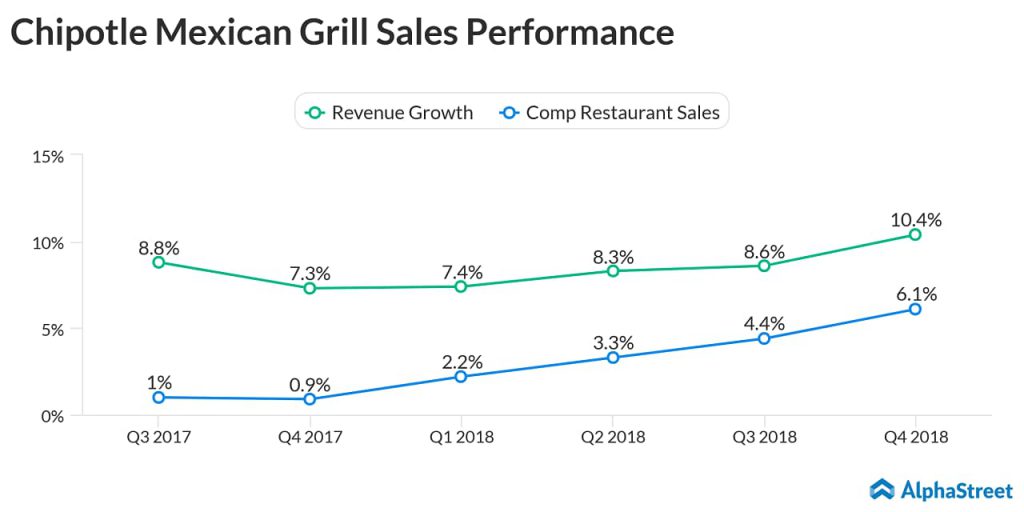 Brian Niccol, who became the chief of Chipotle after a successful stint as rival Yum Brands’ (YUM) Taco Bell, said, “For the full year, Chipotle’s average unit volumes exceeded $2 million with digital sales surpassing half a billion dollars. The growth acceleration this quarter gives us confidence that our strategy is working.” 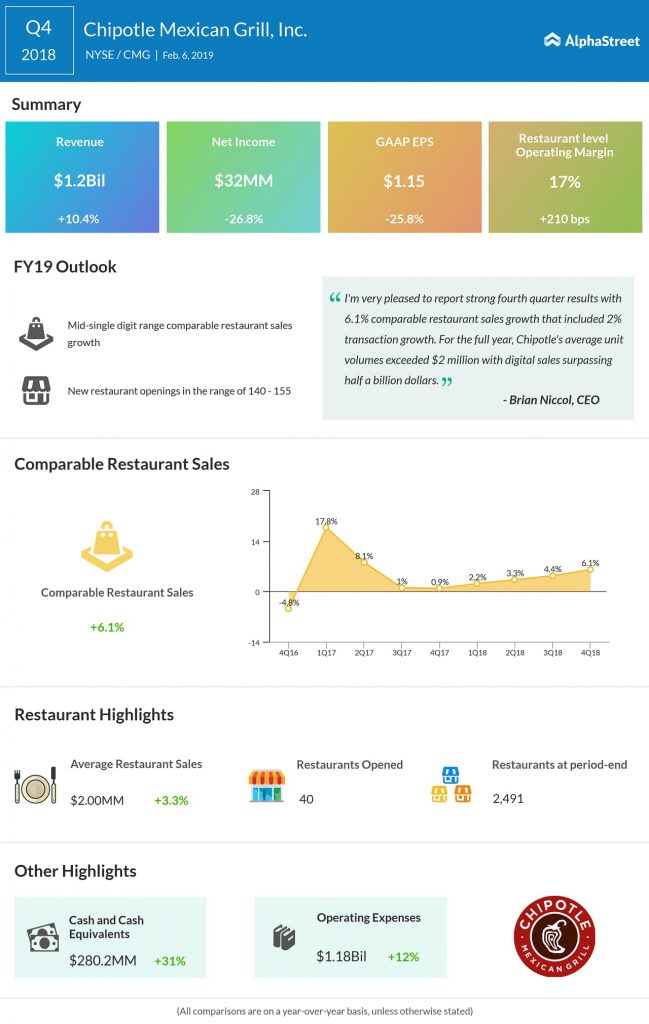 Despite being marred by repeated food poisoning incidents, CMG stock had a great run in 2018. In the past 52 weeks, Chipotle has gained 78%, with the stock hitting a three-month-high last week. However, this is still a far cry from Chipotle’s 2015-high of $749.12.

The restaurant store chain has been rejigging its menu to include healthier options for diet-conscious customers. The company, which is often criticized for providing only high-calorie food items, hopes this kind of menu expansion would help bring in more customers, and in turn, improve the lackluster traffic numbers.