Revenue climbed by 17.9% to $26.86 billion. The growth was driven primarily by increases in high-speed internet and business services revenue. 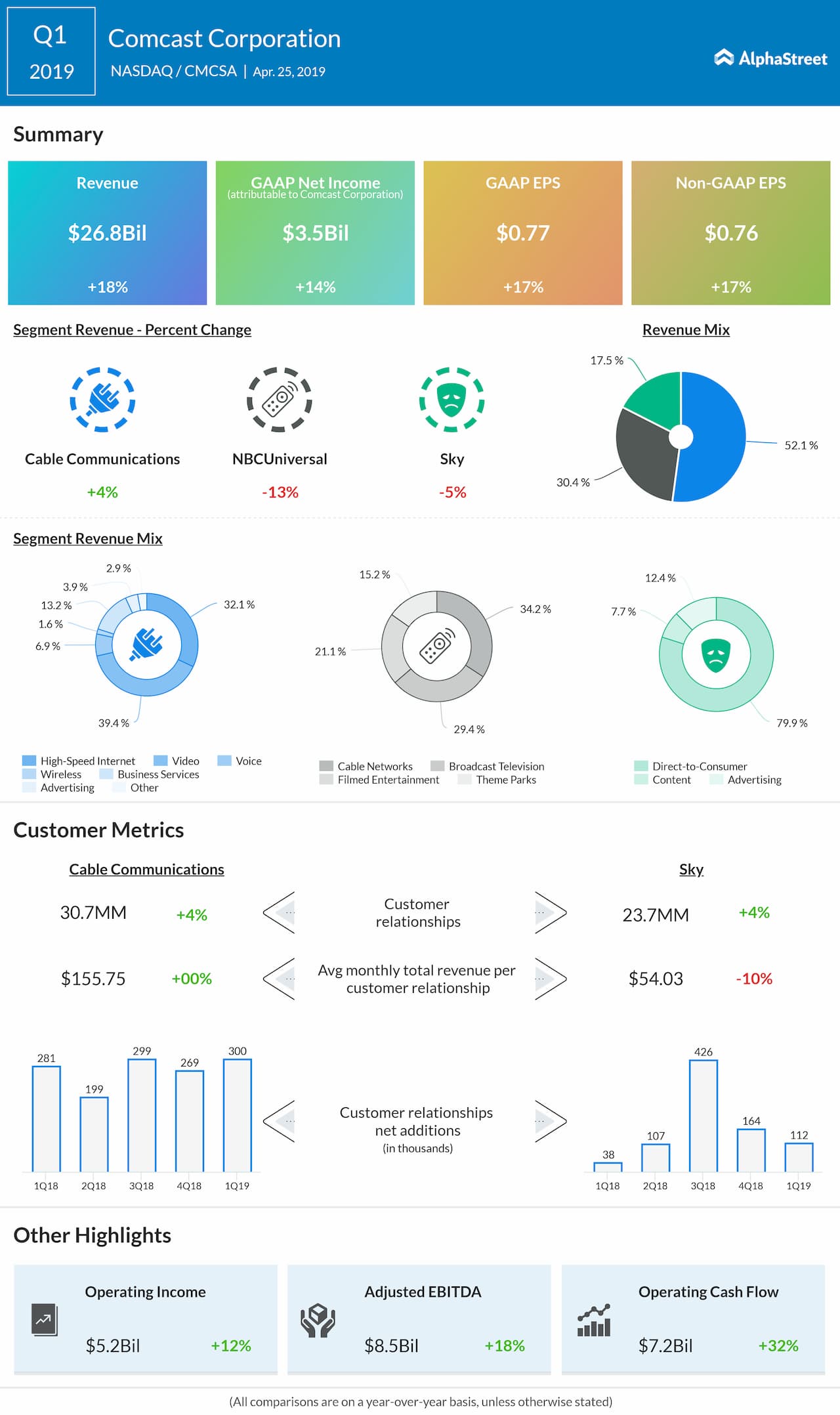 Revenue for NBCUniversal in the first quarter of 2019 decreased 12.5% as the last year’s results included an incremental $1.6 billion of revenue generated by the broadcasts of the 2018 PyeongChang Olympics and the NFL’s Super Bowl LII at our TV businesses.

Revenue for Sky declined by 5% year-over-year. Excluding the impact of currency, revenue increased 1.9%, primarily driven by higher content revenue, while advertising and direct-to-consumer revenues were relatively consistent with the prior year period. Pro forma total customer relationships for Sky increased by 112,000 to 23.7 million in the first quarter of 2019.

Content revenue in Sky increased 38%, reflecting the wholesaling of sports programming, including exclusive sports rights recently acquired in Italy and Germany, increased penetration of premium sports and movie channels on third party pay TV networks in the UK and monetization of our slate of original programming.

With the inclusion of Sky, Comcast grew customer relationships by 3.6% year-over-year, including 400,000 net additions in the first quarter, reaching over 54 million relationships in total.

Shares of Comcast ended Wednesday’s regular session down 0.33% at $41.85 on the Nasdaq. The stock has risen over 25% in the past year and over 15% in the past three months.