Cannabis giant Cronos Group (CRON) reported its fourth-quarter 2018 earnings on March 26, Tuesday, before the opening bell. This was the first earnings from Cronos to be reported after Canada’s approval of the recreational use of marijuana.

Net revenues soared 248% in the quarter to hit C$5.6 million, on higher shipments to the Canadian adult-use market and growth in cannabis oil sales. 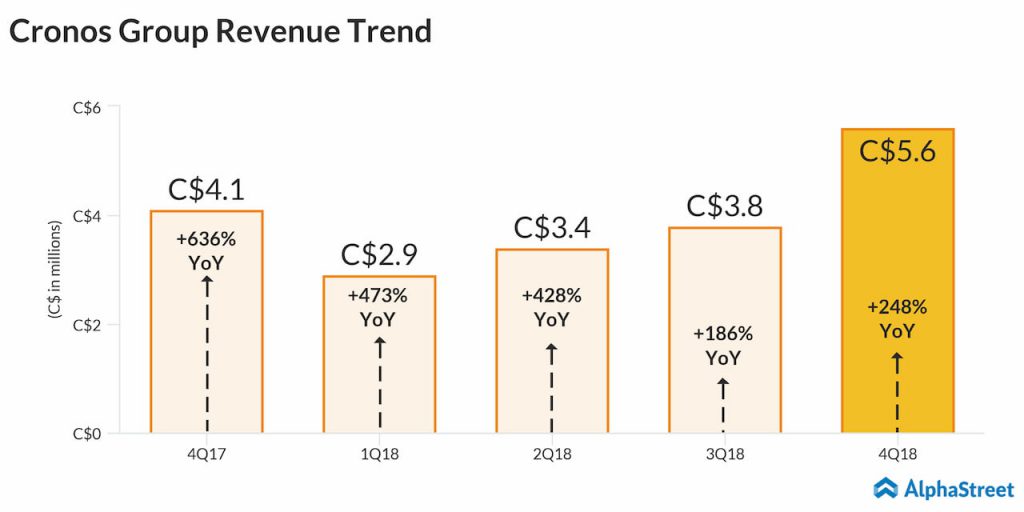 Cronos Group saw total operating expenses spike by 328% to C$12.4 million in the fourth quarter, on a jump in research and development expenses, talent acquisition and an increase in professional and consulting fees for serves rendered in connection with various strategic initiatives, including the Altria Investment.

The Cannabis giant reported a net loss of C$11.6 million in the quarter, compared to C$2.1 million a year ago. On a diluted basis, Cronos posted a loss of 6 Canadian cents a share, vs. the last year profit of 1 Canadian cent per share.

The Street expected revenues of C$6.7 million, generating a net loss of 1 cent per share. 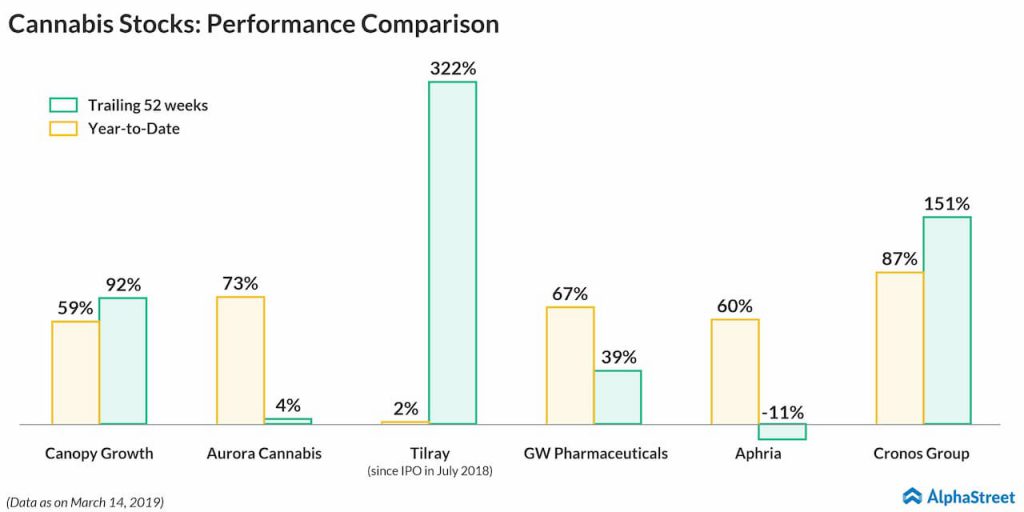 The equity investment on a private placement basis is in exchange for common shares in Cronos. In addition to this, Altria will also receive Cronos warrants, that if fully exercised, would be an additional C$1.4 billion in proceeds.

At the close of the deal, Altria would hold about 45% ownership interest in Cronos Group shares. Factoring in the exercise of the warrants, the total potential ownership position of Altria would be about 55%.