Dish Network Corp’s (DISH) stock fell at least 1.56% in pre-market trade as the US satellite TV service provider posted a 5% fall in revenue after shedding at least 367,000 satellite subscribers during the third quarter.

Cheaper services such as Netflix and Hulu have taken over traditional satellite TV, and more adopted cord-cutting in the third quarter, spelling doom for Dish Network. The current subscriber shedding is even beyond the Street estimate of 232,000 net customer losses for the quarter.

Even though Dish tried its hand in online streaming with the $25-a-month Sling TV, Netflix (NFLX) and Amazon’s (AMZN) Prime Video are quite the strong competitors. Sling TV only added 26,000 subscribers in the three-month period, falling short of the 71,000 expectation.

The average monthly rate of subscribers leaving the provider shot up 2.11%, vs. 1.82% a year ago. 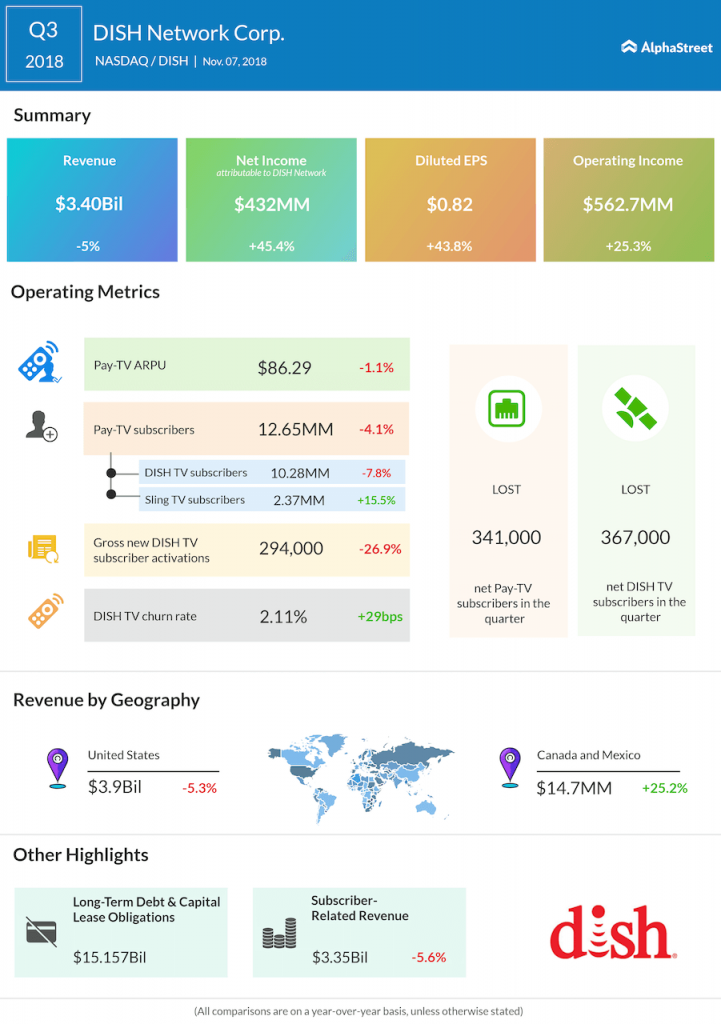