DocuSign (NASDAQ: DOCU) reported a wider loss in the second quarter of fiscal 2020 due to higher costs and expenses. The bottom line missed analysts’ expectations while the top line exceeded consensus estimates. However, the e-signature technology company guided third-quarter revenue above the Street’s view and raised its full-year revenue forecast.

Subscription revenue jumped by 39% and professional services and other revenue soared by 72%. Billings climbed by 47% to $252.4 million. The results reflected its clear position in e-signature and increasing adoption of its broader Agreement Cloud offering. 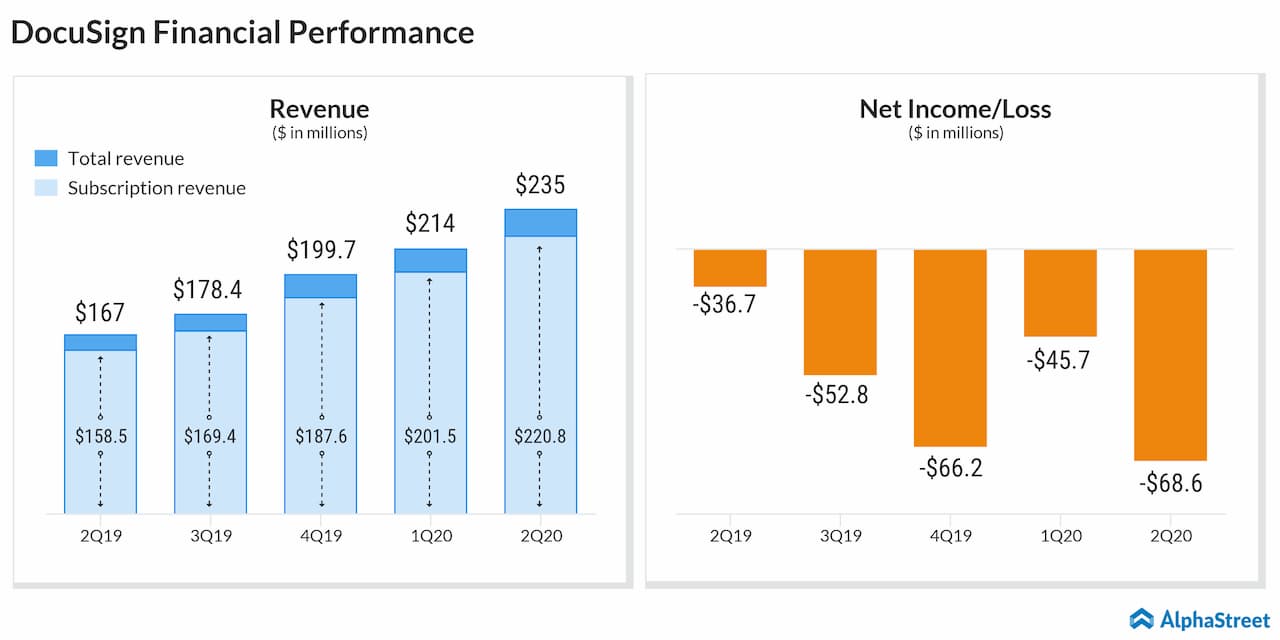 In the second quarter, the company added 29,000 new customers onto the platform, bringing its total to 537,000 worldwide. DocuSign is highly focused on continuing to acquire new customers to support its long-term growth after investing heavily in sales and marketing efforts.

The company is expected to increase its market penetration, business growth, and potential future business opportunities. This is based on its ability to grow the number of customers on its software suite, particularly the number of enterprise and commercial customers.

DocuSign has incurred net losses since inception and its accumulated deficit reached $1.04 billion as of July 31, 2019. In order to become profitable, the company is expected to generate and sustain increased revenue levels in the future. DocuSign is not likely to increase its revenue enough to offset higher operating expenses as the company’s efforts to grow business is costlier than expected.