The company will be publishing fourth-quarter results on March 17, before the commencement of regular trading

The retail industry is witnessing a major transformation driven by the widespread adoption of technology, but brick-and-mortar stores remain as relevant as ever despite the onslaught of eCommerce.

The main challenge facing discount store operators like Dollar General Corporation (NYSE: DG) is the growing pressure on people’s disposable income, mainly due to high inflation. Currently, the company follows the strategy of attracting its budget-conscious customers through innovative offerings, while maintaining the low-price business model.

After rising steadily over the years, shares of the Goodlettsville-based company reached an all-time high of $238.27 in early January, before paring a part of those gains in the following weeks. Market watchers are of the view that the stock would move up around 11% this year. Considering the favorable valuation, it is advisable to buy the recent dip.

While the retail landscape witnessed sweeping changes since the onset of the pandemic, which spurred widespread store closures that in turn drove customers to eCommerce platforms, the emerging trend shows physical stores are not going to disappear in the near future. 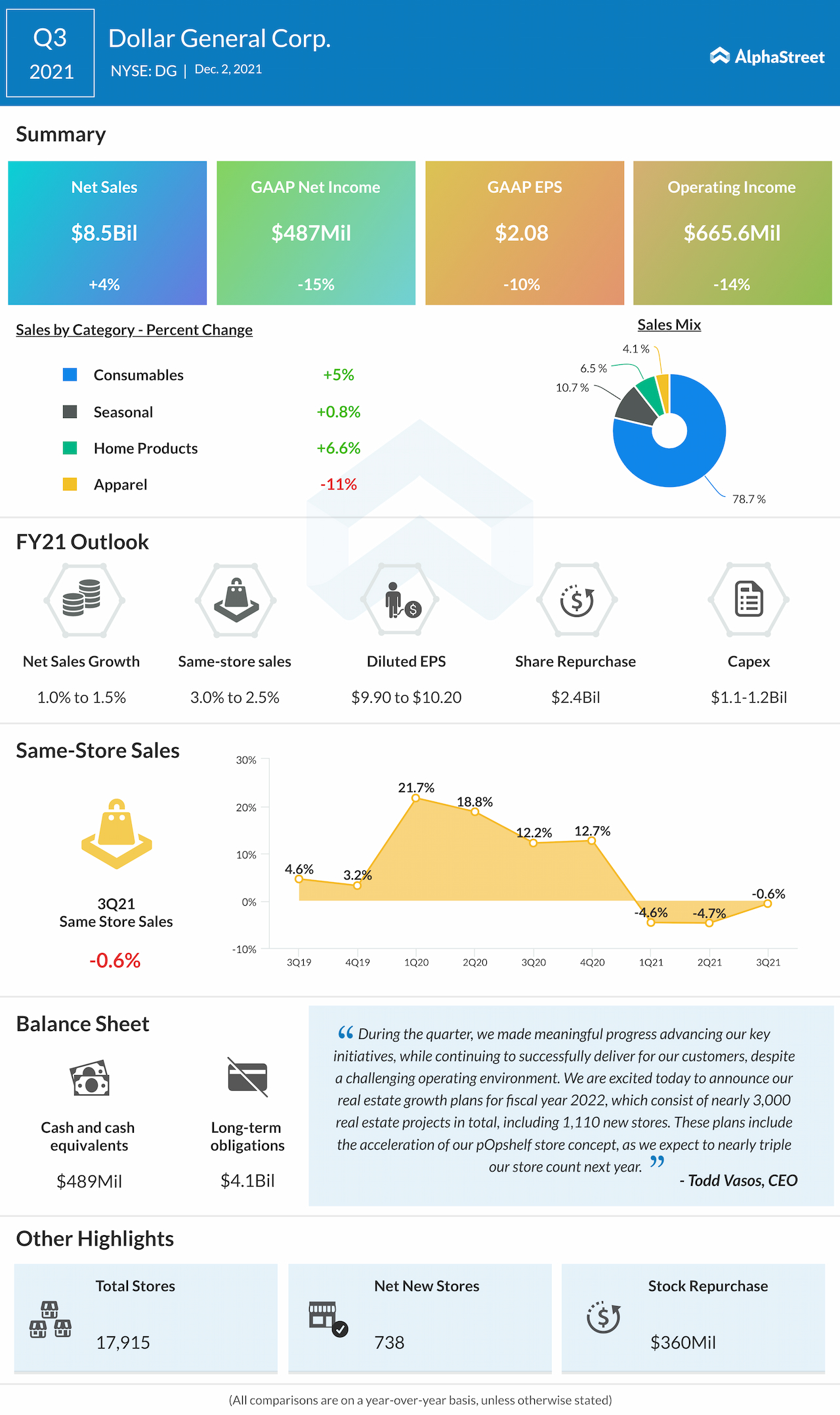 The Dollar General management’s real estate expansion program for the year is focused on opening more than 1,000 new stores and expansion of the pOpshelf store network, which is designed to serve wealthier and younger customers by offering high-margin items which are not sold in typical dollar stores.  At the end of the third quarter, the company operated a total of 17,915 stores.

“We operate in one of the most attractive sectors in retail. And as a mature retailer in growth mode, we continue to lay the groundwork for our future initiatives, which we believe will unlock additional growth opportunities as we move forward. Overall, I’ve never felt better about the underlying business model and we are excited about the significant growth opportunities we see ahead.”

The company will be publishing fourth-quarter results on March 17 before the commencement of regular trading. The market is looking for earnings per share of $2.56, which represents a year-over-year decline of 2%. Meanwhile, revenues are estimated to have increased modestly to $8.7 billion.

A similar trend was visible in the third quarter when earnings declined 10% to $2.08 per share, despite a 4% increase in revenues to $8.5 billion. While most of the top-line growth came from the core consumables segment, comparable-store sales remained in the negative territory. Meanwhile, the results topped expectations, as they did in the trailing two quarters.

Reversing the uptrend seen most of last year, Dollar General’s stock declined about 12% since the beginning of 2022. The shares closed Thursday’s session higher but dropped in the after-hours.