The Charlotte, North Carolina-based electric utility will be publishing its first-quarter results Thursday before the opening bell. The consensus forecast is for a 5% decrease in profit to $1.21 per share. However, revenues are expected to grow 3% annually to $6.32 billion. 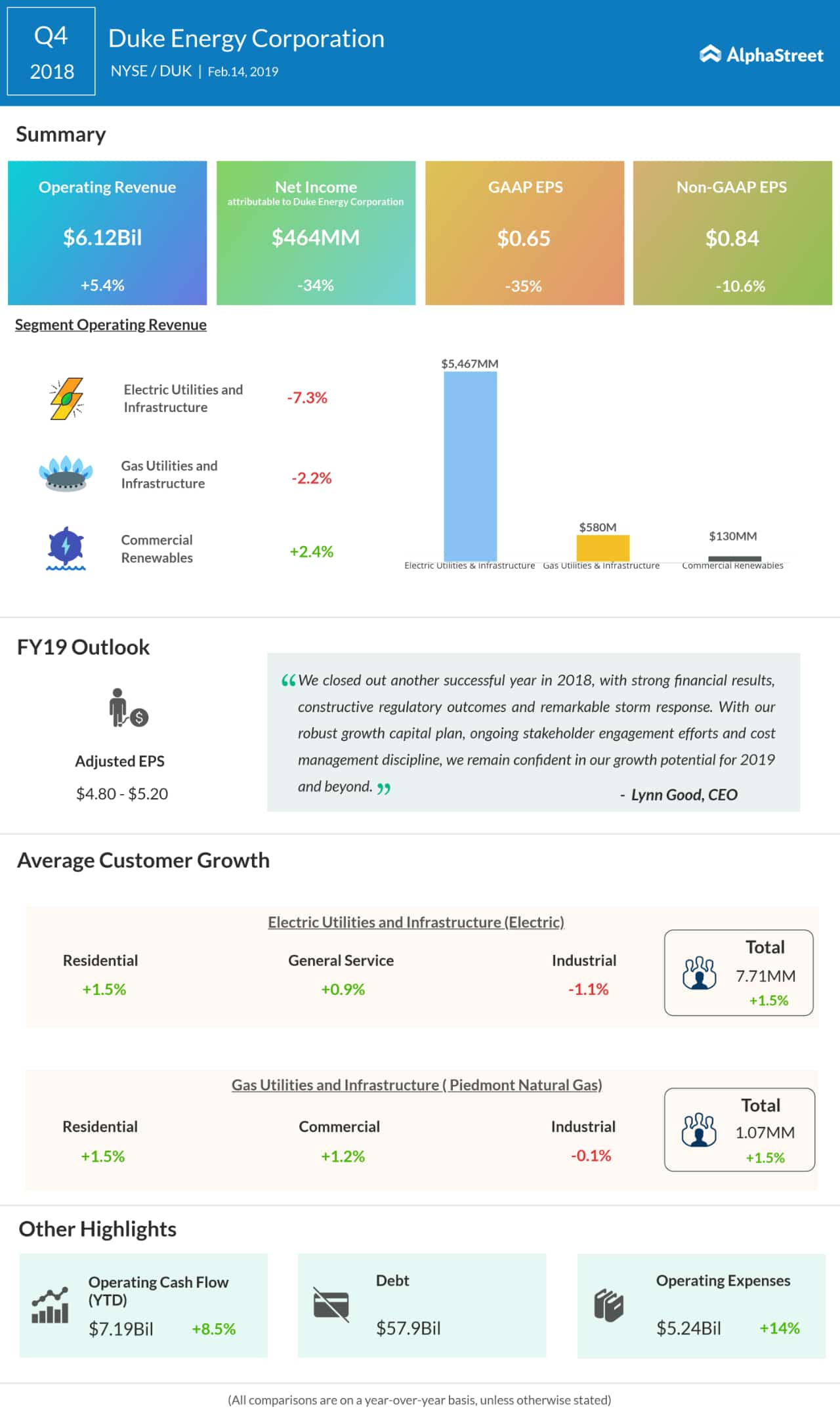 The management bets on the high power rates to override potential adversities. Revenue and earnings performance improved steadily in recent years, unaffected by the market volatilities and most often beat the estimates. The market is generally bullish when it comes to long-term profitability and analysts forecast 10% annual earnings growth in the next three years.

Like its peers, Duke Energy faces challenges to the business from unfavorable weather conditions, fast-changing technology and the growing clamor for clean energy across the country.  It is also believed that the ongoing campaign seeking to allow more competition in the power sector and promote clean energy initiatives will affect the prospects of the company and the energy sector as a whole in the long term.

Being a high-growth stock, Duke Energy has remained an investors’ favorite for long. A section of the stakeholders is of the view that it is overvalued, and consider that high exposure to the stock as risky. The mood suggests that it might not be the right time to buy the stock. Last month, the company agreed to divest a minority interest in its commercial renewable energy portfolio to John Hancock for $415 million. The proceeds from the sale will be used for future growth capital plans.

In the fourth quarter, adjusted earnings dipped to $0.84 per share from $0.94 per share a year earlier, hurt by higher costs, mainly those related to the hurricanes. Meanwhile, revenues increased by about 5% annually to $6.12 billion and topped the expectations.

Recently, Duke’s competitor PG&E Corporation (PCG) filed for bankruptcy after its operations were disrupted severely by wildfires caused by faulty power lines, which resulted in regulators slapping huge fines on the company. Revenues of PG&E declined and missed estimates in the first quarter when earnings increased modestly.

Over the years, Duke Energy‘s shares gained steadily, all along hitting new highs. The stock gained around 15% since last year and 6% so far this year.