Earnings calendar for the week of March 1

It seems the GameStop saga is far from over, as the company’s stock spiked again this week in a movement reminiscent of the January rally. Adding to the market frenzy, the Nasdaq Composite on Thursday suffered the biggest sell-off in in about four months, slipping 3.5%.

A similar downtrend was visible in the performance of other leading indexes – The Dow Jones Industrial Average and S&P 500 lost 2% and 2.5% respectively. Meanwhile, jobless claims dropped sharply last week, after staying elevated for quite some time.

The major corporates deals of the week include the $2.8-billion acquisition of Cooper Tire & Rubber by industry-leader Goodyear Tire & Rubber, in a move that is expected to broaden the latter’s presence in China. Elsewhere, Wells Fargo divested its asset management business to multiple buyers for $2.1 billion. In another closely-followed deal, AT&T clinched an agreement with TPG Capital to spin off its video assets, by forming a new entity named DIRECTV.

On Wednesday, tech firm Autodesk said it agreed to buy water infrastructure software maker Innovyze, Inc. for about $1 billion. In one of the major deals the pharma sectors witnessed in recent times, Merck & Co. announced the acquisition of biopharma company Pandion Therapeutics for $1.8 billion.

Store operators dominated the earnings scene in the early part of the week – Home Depot and Macy’s came out with stronger-than-expected bottom-line numbers on Tuesday. Then, graphic chipmaker Nvidia released blockbuster results mid-week for its fourth quarter. On Thursday, the focus was on Salesforce, which posted broad-based revenue growth for Q4.

Next week, one of the much-awaited announcements would be the fourth-quarter report of Zoom Video Communications, which is expected to come on March 1, as the company continues to thrive on the COVID-driven boom. Autozone, which is currently cashing in on the high demand for auto parts, is preparing to report on the next day. It will be joined by retailers Kohl’s and Target Corp in the premarket hours. In the evening, Hewlett Packard Enterprise will report first-quarter numbers.

The momentum is set to wane thereafter, with not many events scheduled for the rest of the week. Dollar Tree Stores will announce fourth-quarter numbers on March 3, followed by Broadcom and warehouse giant Costco Corp. on March 4. 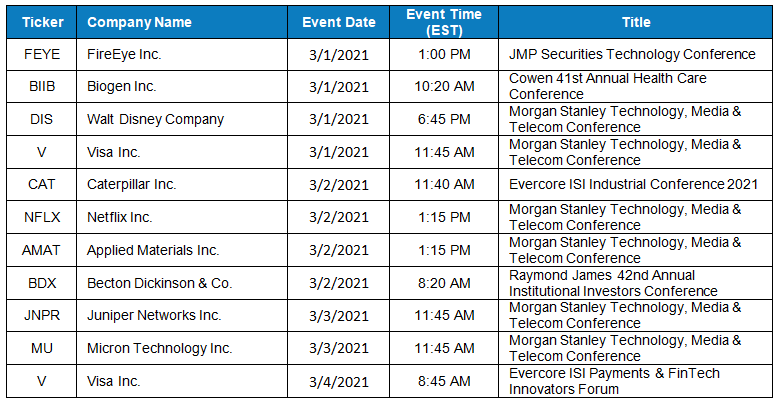 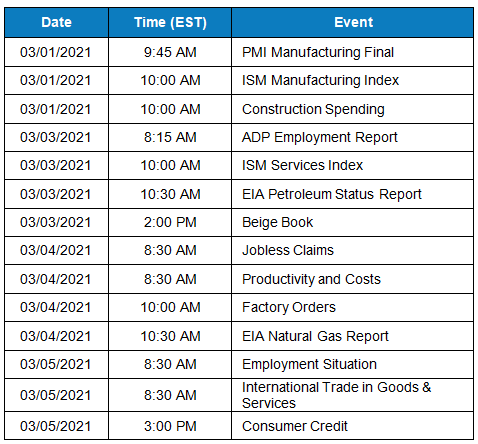