Ferrari (RACE) shares fell 2.5% during pre-market trading on Monday after it disappointed with full-year guidance. Meanwhile, third-quarter adjusted earnings improved 4% on broad-based regional growth as well as a jump in shipments.

Sales grew highest in the Rest of APAC region during the third-quarter, registering a year-over-year 27% growth. This was followed by EMEA with 11%; China, Hong Kong, and Taiwan with 7% and the Americas with 5%. 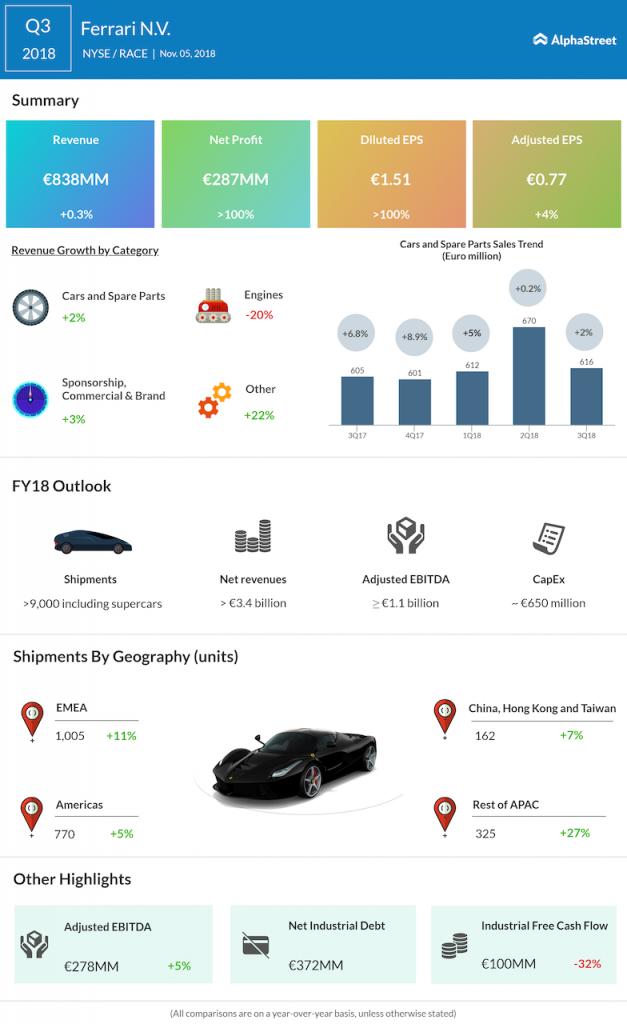 Third-quarter earnings, on an adjusted basis, was €0.77 per share, in line with analysts’ estimates. Earnings were helped by a cut-down in the tax rate as a result of the advance agreement on Patent Box inked in September this year with the Italian Revenue Agency.

Revenues edged up 0.3% to a slightly better-than-expected €838 million.

For the full year, the company expects net revenues of €3.4 billion as shipments are expected to grow to 9,000 units including hypercars. However, this came in below what analysts had expected, spurring a sell-off on Monday.

Also Read:  Lemonade: A detailed overview of the IPO stock

Yelp (NYSE: YELP) reported second-quarter financial results after the regular trading hours on Thursday. The results were better than what the street had anticipated. YELP shares rose 4% immediately following the

Uber Technologies (NYSE: UBER) reported its second-quarter 2020 financial results after the regular trading hours on Thursday. Revenues exceeded the estimates, while the bottom-line missed. Shares of the ride-hailing company

TMobile US Inc.  (NASDAQ: TMUS) on Thursday announced financial results for the second quarter of 2020, reporting a 61% increase in revenues aided by strong customer growth. The results also