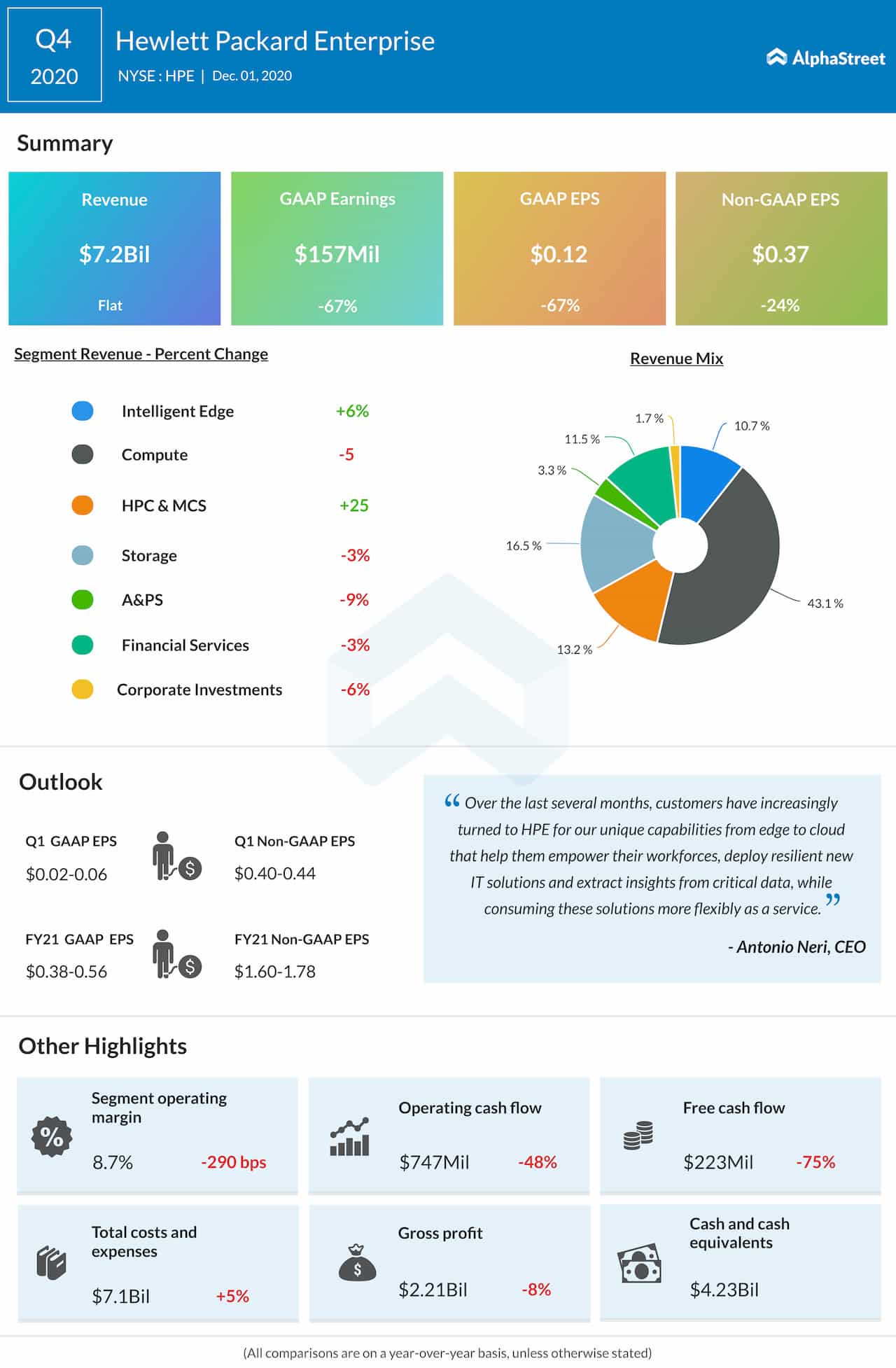 Fourth-quarter earnings, adjusted for special items, dropped to $0.37 per share from $0.49 per share in the corresponding period of last year. Net profit was $157 million or $0.12 per share, down from $480 million or $0.36 per share recorded in the fourth quarter of 2019. The bottom-line, meanwhile, came in above estimates.

At $7.2 billion, revenues were unchanged year-over-year in the final three months of fiscal 2020. Analysts had predicted a modest decline.

Shares of Hewlett Packard dropped 28% since the beginning of the year, underperforming the broad market. The stock closed Tuesday’s session higher but dropped in the after-hours trading following the earnings announcement.