Earnings: Loews Corp swings to a loss in Q4

Loews Corporation (L) swung to a loss of 53 cents per share in the fourth quarter, driven by catastrophe losses at CNA Financial Corporation. Revenue declined 7.6% to $3.29 billion during the quarter.

In 2018, CNA generated underwriting losses at its core property & casualty business, as compared to underwriting gains in 2017, resulting from higher net catastrophe losses. In Q4, loss from CNA was 75 million, compared to earnings of 193 million last year. 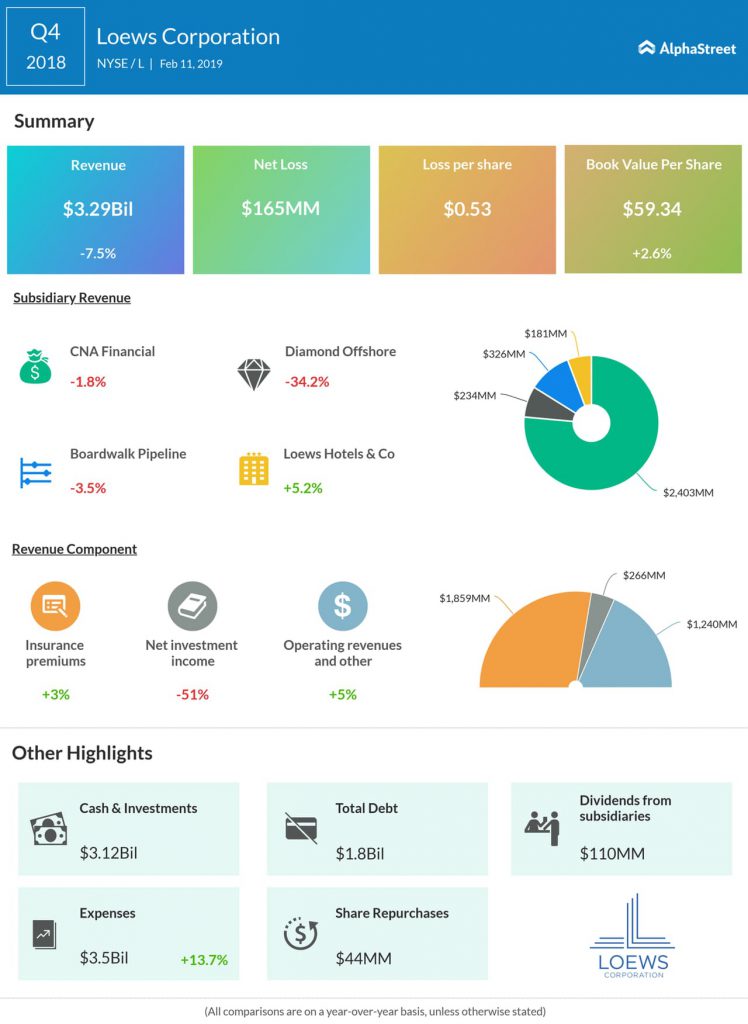 Loews stock had ended its last trading session down 0.77% on Friday. In the past one year, the stock has been trading almost flat.

The results were further hurt by a weak Diamond Offshore holding, where net loss increased by $6 million in 2018 due to market headwinds.

The New York-based conglomerate said it repurchased an additional 0.9 million shares of its common stock at an aggregate cost of $44 million in fiscal 2018.