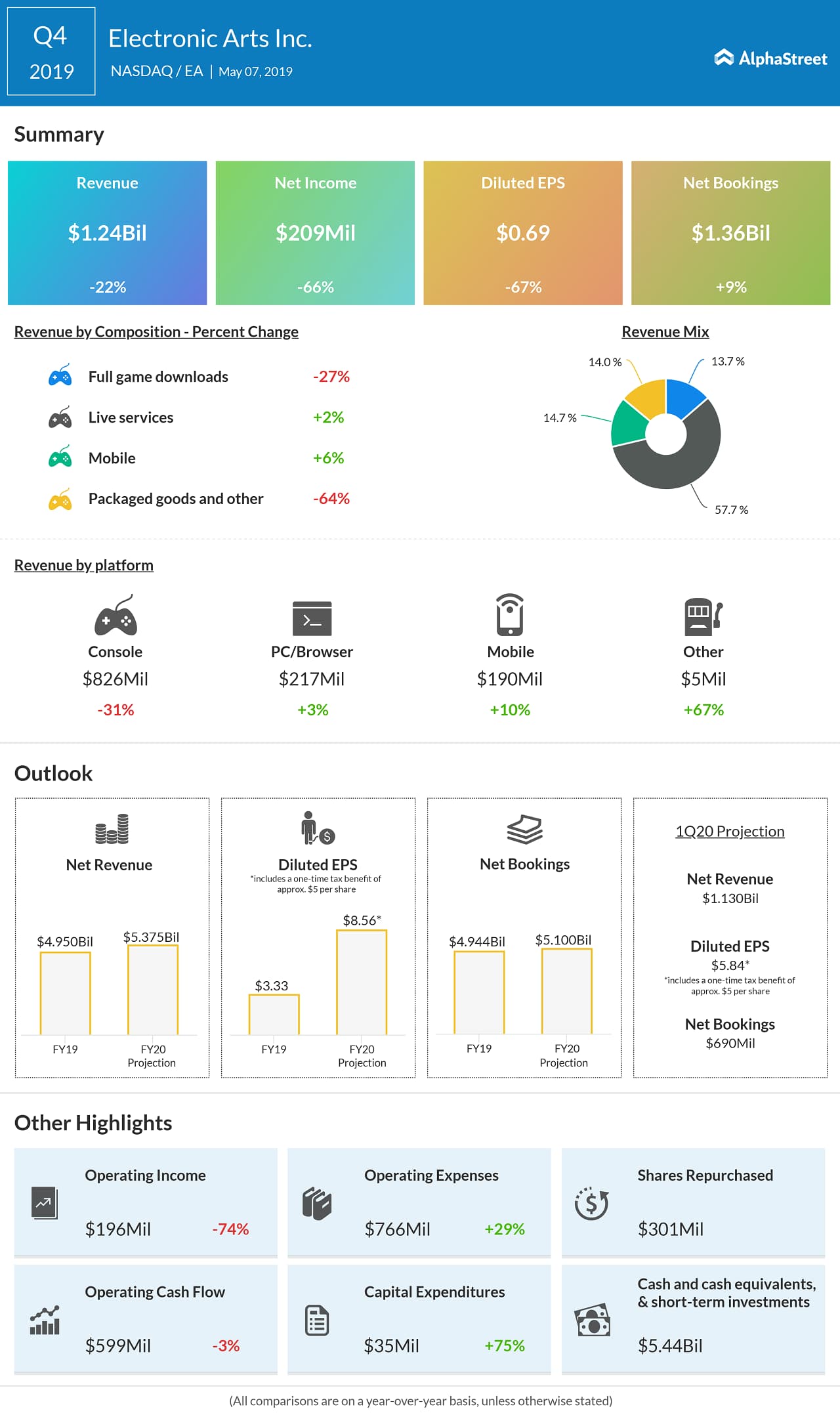 At $1.24 billion, revenues of the California-based gaming giant were down 22% compared to the fourth quarter of 2018 but slightly above Wall Street’s prediction.

Net income dropped to $209 million or $0.69 per share during the three-month period from $607 million or $1.95 per share a year earlier and missed the Street view. Meanwhile, there was a 9% increase in net booking to $1.36 billion.

Andrew Wilson, CEO of Electronic Arts, said, “Players are engaging with games in more ways than ever before. We’re committed to meeting them where they are with a broad portfolio of amazing new games and live services, choice of engagement models including free-to-play and subscriptions, and new opportunities to play, compete and watch.”

The next big release from the company will be the Star Wars franchise titled ‘Jedi: Fallen Order’. Also, plans are afoot to make Electronic Arts games available on Sony’s PlayStation-4 system in the coming months.

The video game developer, which is currently going through a difficult phase, especially after some of its ambitious releases such as the Battlefield and Command & Conquer franchises failed to impress the market, is in desperate need of a hit. However, the initial success of Apex Legends and console game FIFA has come as an encouragement for the company.

Electronic Arts’ stock suffered a jolt Monday morning after social media comments of President Trump indicated that the trade dispute with China is far from over. Some of the titles launched by the company, such as Apex Legend, are hugely popular in China.

After hitting a peak nearly a year ago, Electronic Arts shares dropped progressively and hit a three-year low in December last year. The stock closed Tuesday’s regular session lower but gained sharply in the after hours.