JetBlue Airways Corporation (NASDAQ: JBLU) has reported a narrower net loss for the fourth quarter of 2021 when the aviation firm’s revenues more than doubled reflecting the market reopening and resumption of flight services. The results also topped estimates. 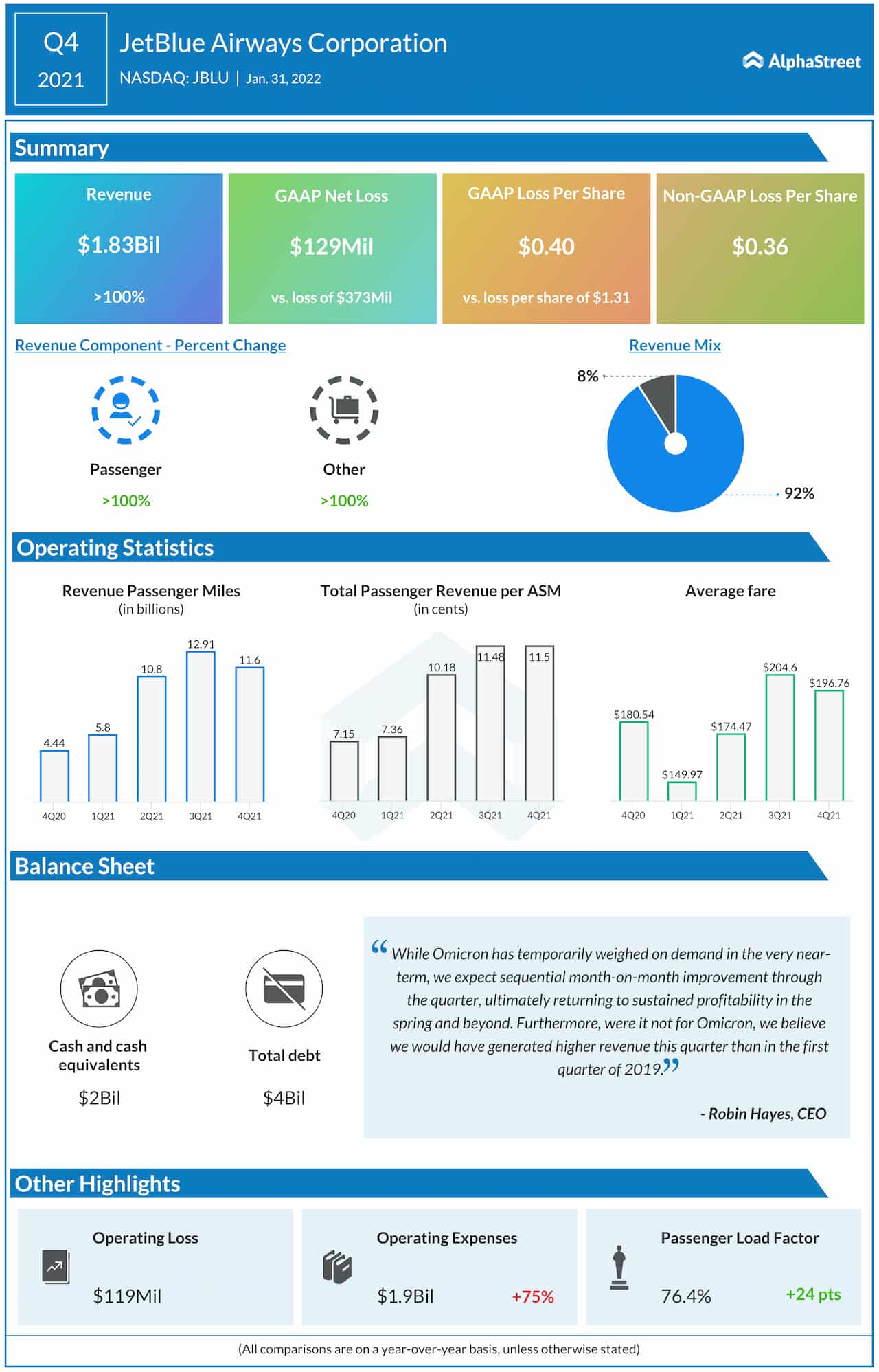 Revenues more than doubled to $1.83 billion during the three-month period from $661 million in the prior year. Analysts were looking for a slower growth. However, revenues were down 10% compared to the fourth quarter of fiscal 2019 when normal conditions prevailed as the business was not affected by pandemic.

“While Omicron has temporarily weighed on demand in the very near-term, we expect sequential month-on-month improvement through the quarter, ultimately returning to sustained profitability in the spring and beyond. Furthermore, were it not for Omicron, we believe we would have generated higher revenue this quarter than in the first quarter of 2019,” said Robin Hayes, chief executive officer of JetBlue.

Shares of JetBlue traded lower early Monday after closing the previous session higher. The stock has been experiencing high volatility and declined 8% in the past six months.