Shares of Altria Group, Inc. (NYSE: MO) dropped to an eight-month low recently after the tobacco giant reported weaker than expected earnings and revenues for the third quarter of 2021. 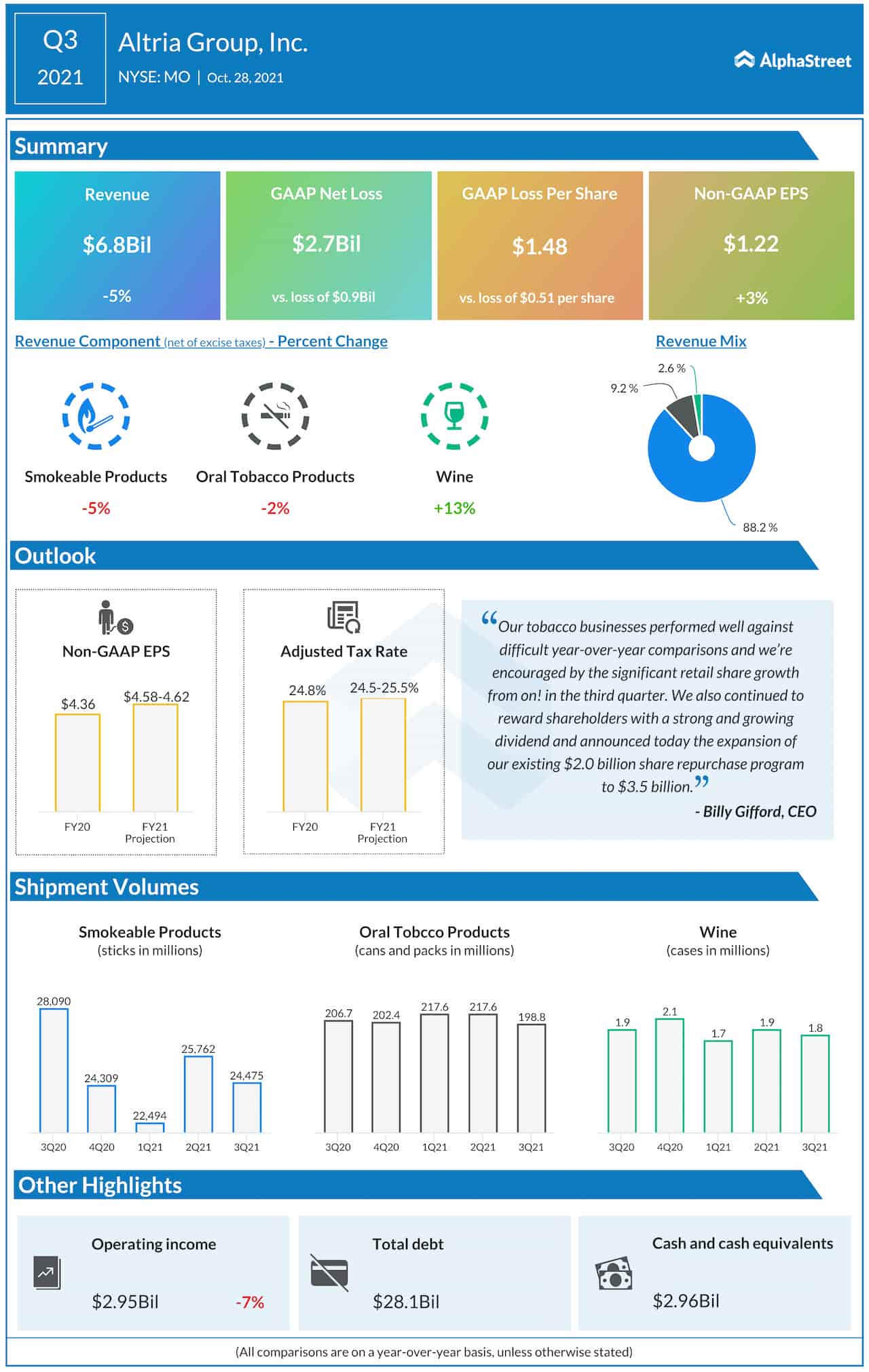 Total revenues decreased 4.7% annually to $6.78 billion during the three-month period and came in below analysts’ forecast, reflecting continued weakness in the core tobacco business.

“Our tobacco businesses performed well against difficult year-over-year comparisons and we’re encouraged by the significant retail share growth from on! in the third quarter. We also continued to reward shareholders with a strong and growing dividend and announced today the expansion of our existing $2.0 billion share repurchase program to $3.5 billion,” said Billy Gifford, chief executive officer of Altria.

In the past six months, the company’s stock lost about 7% and mostly underperformed the market. It made modest gains in the pre-market session on Friday, after closing the previous session at $44.75.