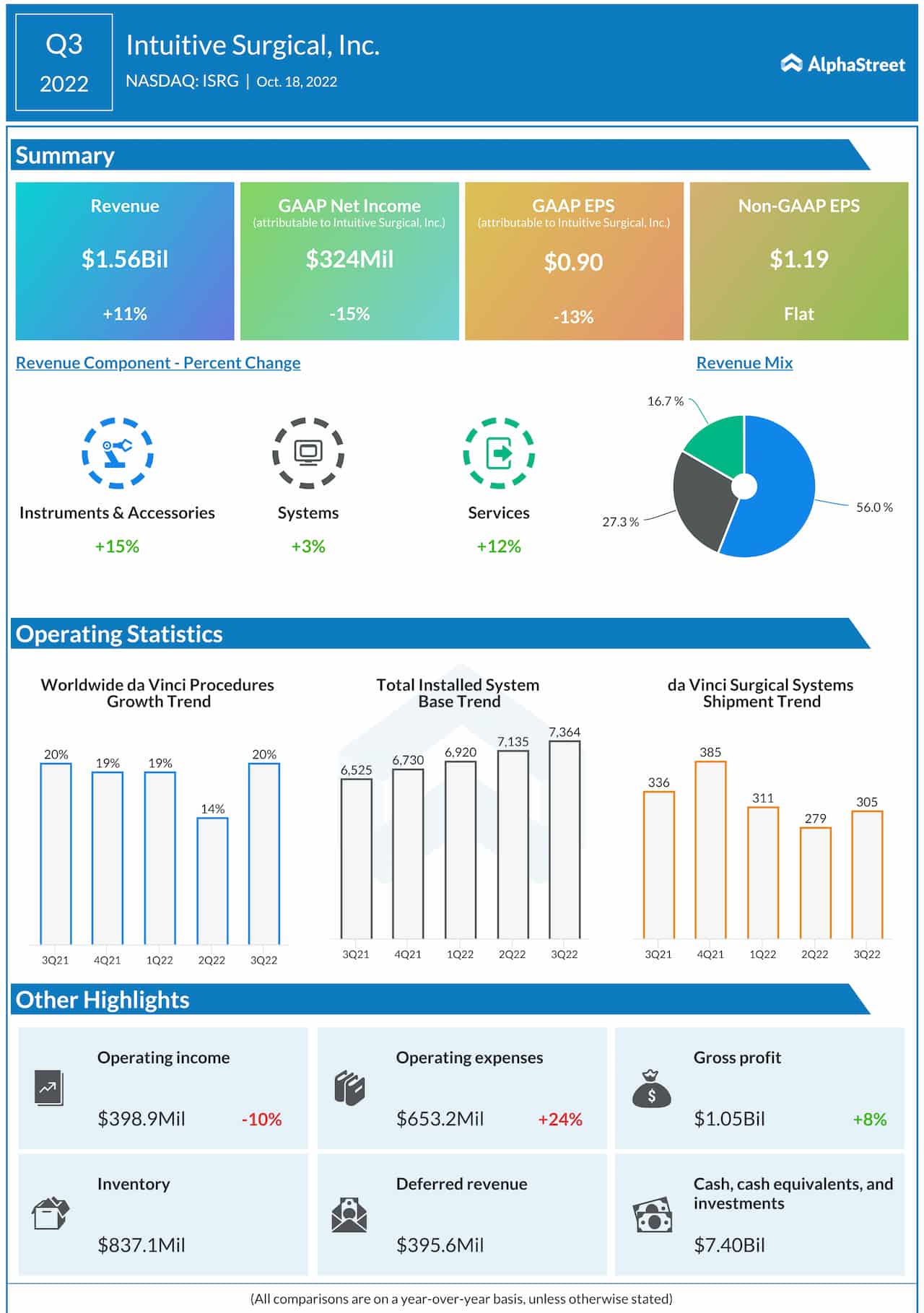 The top line moved up 11% year-over-year to $1.56 billion during the three-month period, driven by a marked increase in da Vinci procedures and installed bases.

Worldwide da Vinci procedures rose approximately 20% year-over-year and the company shipped 305 da Vinci Surgical Systems. At the end of the quarter, it had a total of 7,364 da Vinci Surgical systems installed base, which is up 13%.