Spotify Technology S.A. (NYSE: SPOT) reported a double-digit increase in revenues for the third quarter of 2022. However, the music streaming platform incurred a loss during that period. 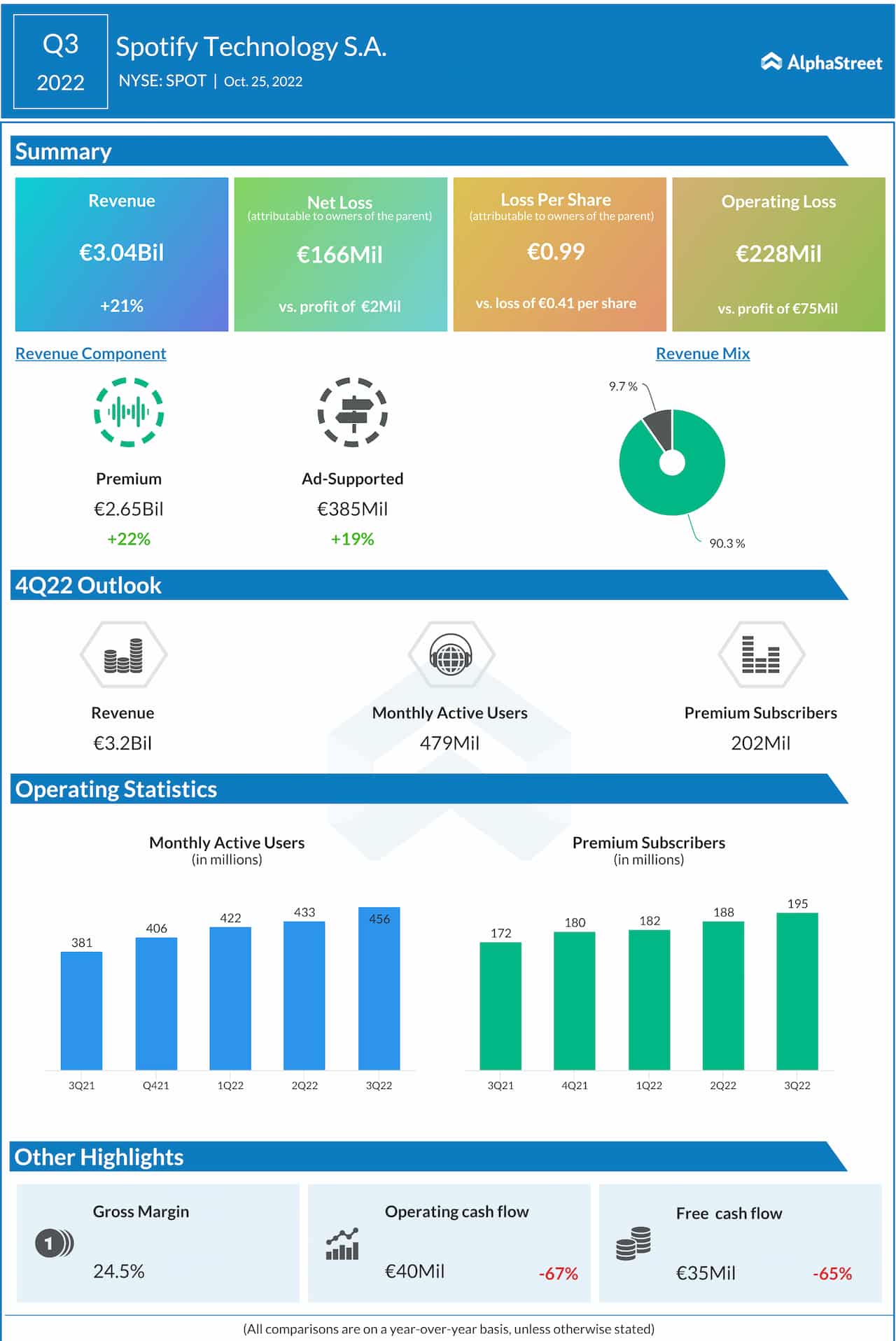 The Sweden-based company reported total revenues of €3.04 billion for the third quarter, which is up 21% from the year-ago period. It had around 456 million monthly active users at the end of the quarter, up 20% from the prior-year period. There was a 13% increase in the number of premium subscribers.

Meanwhile, Spotify incurred a net loss of €166 million or €0.99 per share in the September quarter, compared to a net profit of €2 million in the year-ago period.

During the quarter, the company launched the first iteration of Audiobooks in the Spotify app for listeners in the United States and announced the acquisition of interactive music trivia game, Heardle.