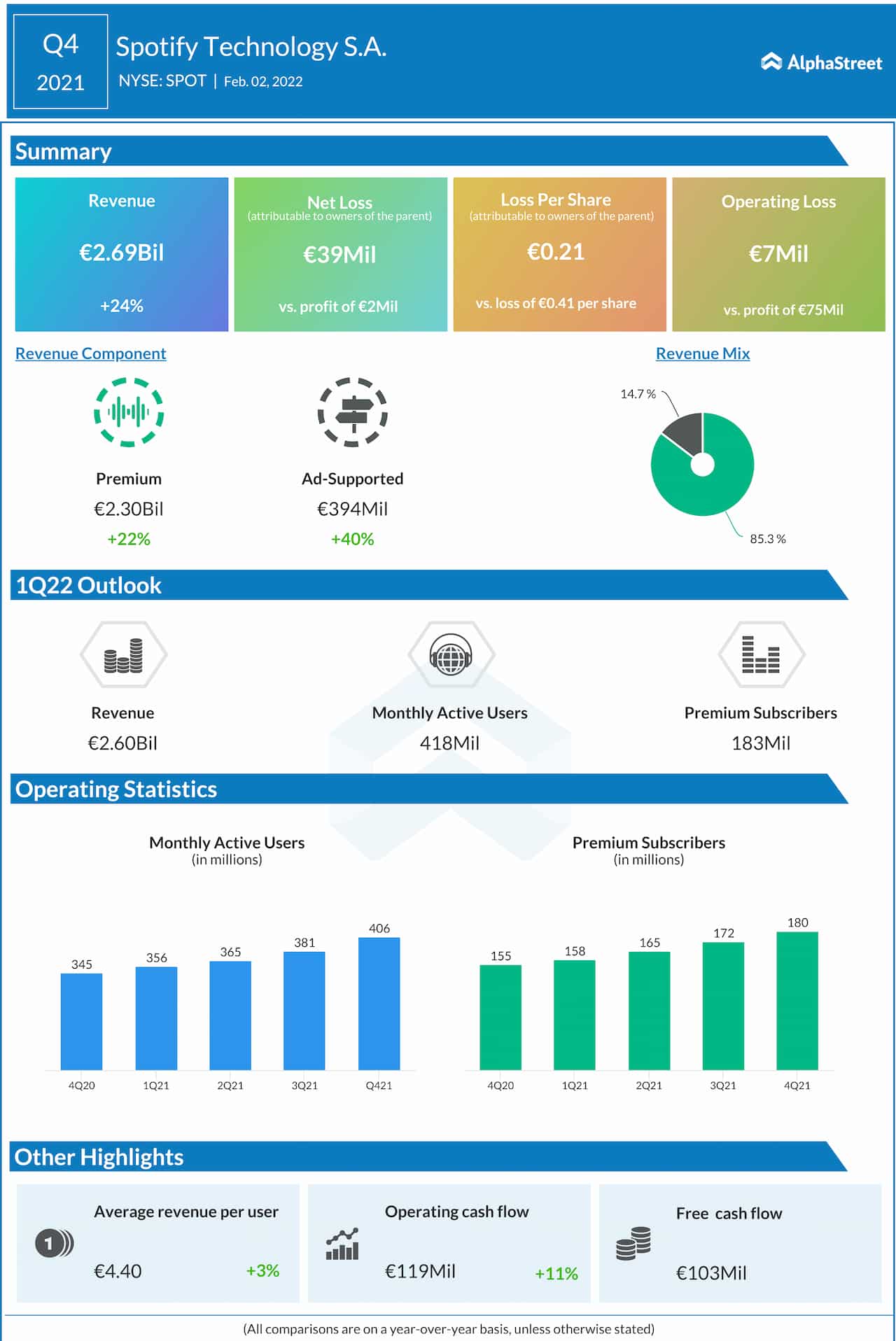 Despite the positive top-line performance, the company incurred a net loss of €39 million or €0.21 per share in the fourth quarter, compared to earnings of €2 million in the year-ago period.