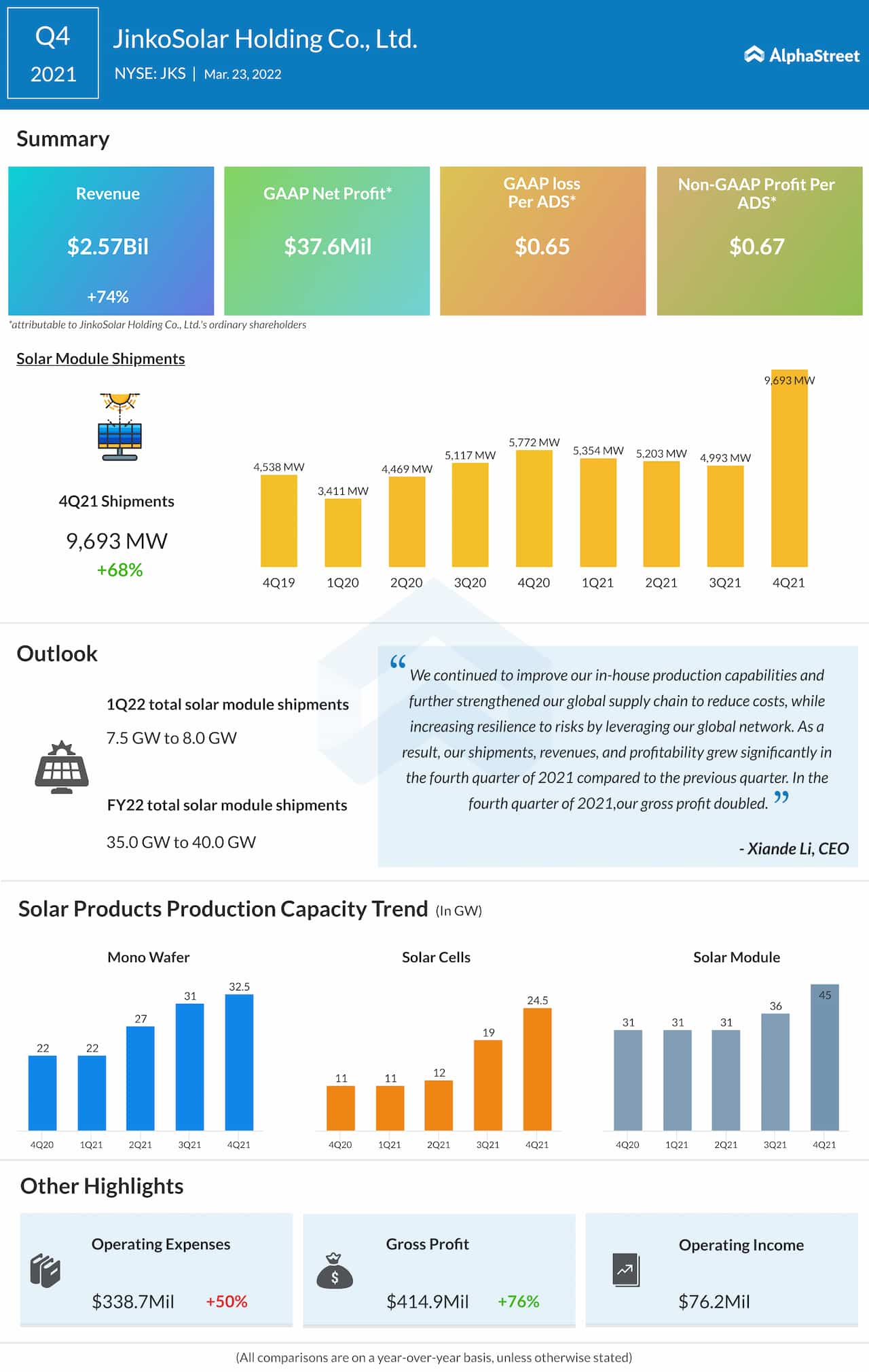 Net income increased to $37.6 million or $0.65 per ADS, despite continued supply chain issues. On an adjusted basis, fourth-quarter profit was $0.67 per ADS, which represents a near-fivefold growth from the prior-year period.