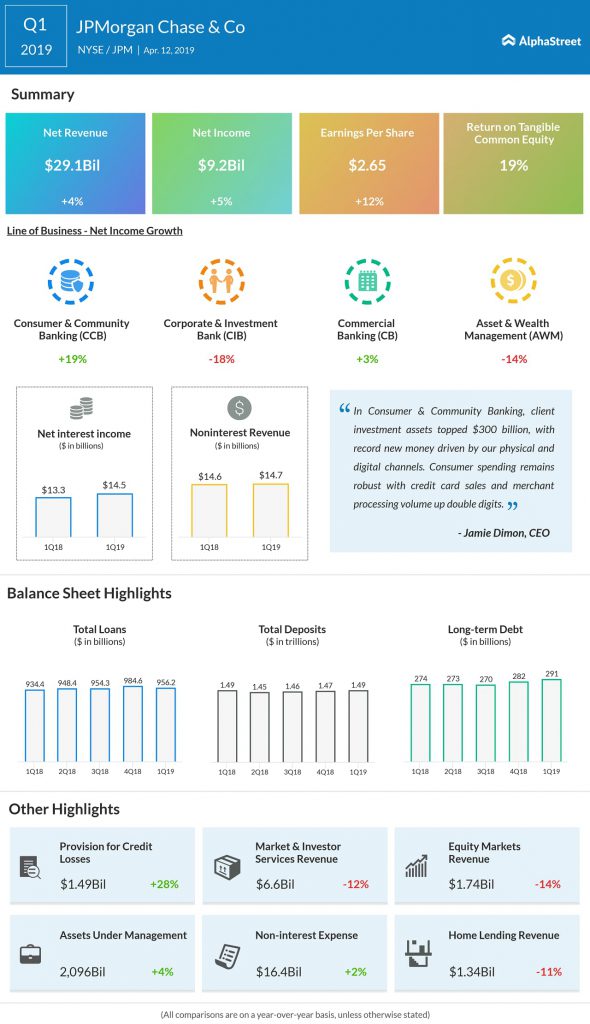 For the whole of JPMorgan Chase, the first-quarter noninterest expense spiked 2% to $16.4 billion, driven by investments in the business, including technology, marketing, real estate and front office hires, as well as higher auto lease depreciation, partially offset by the absence of the prior-year FDIC surcharge and lower performance-based compensation. The provision for credit losses was $1.5 billion, up by $330 million from the prior year. The rise was driven by the Wholesale portfolio, reflecting a net reserve build of $135 million on select Commercial & Industrial client downgrades.

In the quarter, JPMorgan reported a Basel-III fully phased-in Common equity Tier-1 capital of $186 billion and a standardized Common equity Tier-1 ratio of 12.1%. In the same period, JPM distributed $7.4 billion to shareholders, including $4.7 billion in net repurchases.

For the full year 2019, JPMorgan expects firmwide net interest income to be more than $58 billion, but dependent on market conditions. Adjusted expenses for the year are touted to be less than $66 billion, and net charge-offs are estimated to be below $5.5 billion for the year.