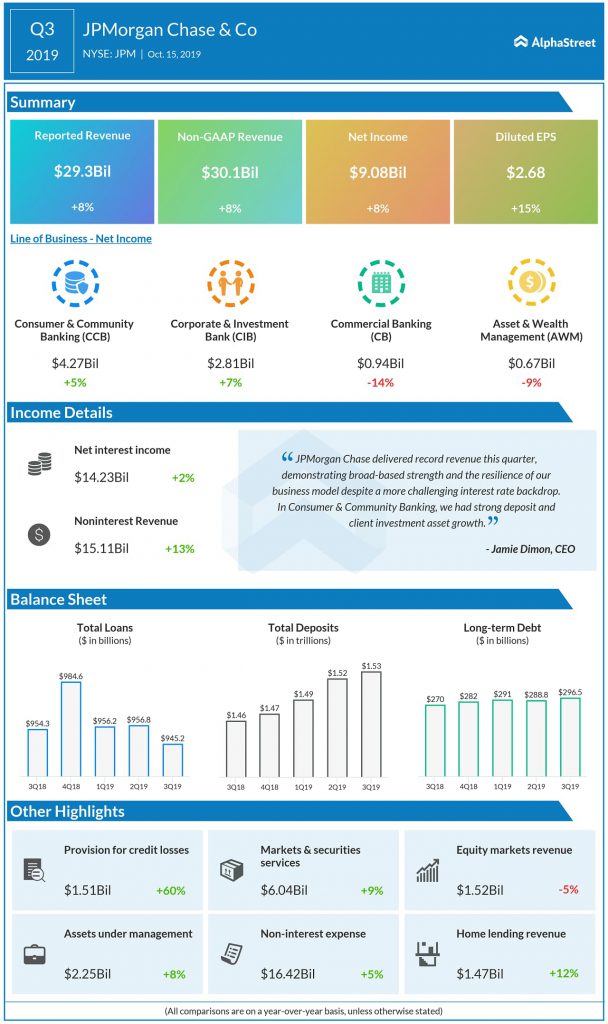 JPMorgan’s revenue on an adjusted basis, increased 8% year-over-year in 3Q to $30.06 billion. Net interest income grew 2% to $14.4 billion in the recently ended quarter, driven by continued balance sheet growth and mix, offset by the impact of rates.

“In the U.S. economy, GDP growth has slowed slightly. The consumer remains healthy with growth in wages and spending, combined with strong balance sheets and low unemployment levels. This is being offset by weakening business sentiment and capital expenditures mostly driven by increasingly complex geopolitical risks, including tensions in global trade,” said CEO Jamie Dimon.