Kraft Heinz (KHC), which usually issues the earnings release at 4:05 PM ET, delayed its earnings announcement today and reported the results at 5:01 PM ET. KHC stock plunged about 9% during the after-hours as the company missed Q4 earnings and revenue estimates as well as it disclosed about the SEC investigation.

Kraft Heinz also revealed that SEC had sent a subpoena to the company in October 2018 associated with an investigation into the company’s accounting policies. Following this initial SEC document request, the company together with external counsel launched an investigation. As a result of the findings, Kraft Heinz recorded a $25 million increase to costs of products sold as an out of period correction.

Kraft Heinz also stated that the company is in the process of implementing certain improvements to its internal controls to mitigate the likelihood of this occurring in the future and has taken other remedial measures and it continues to cooperate fully with the SEC. 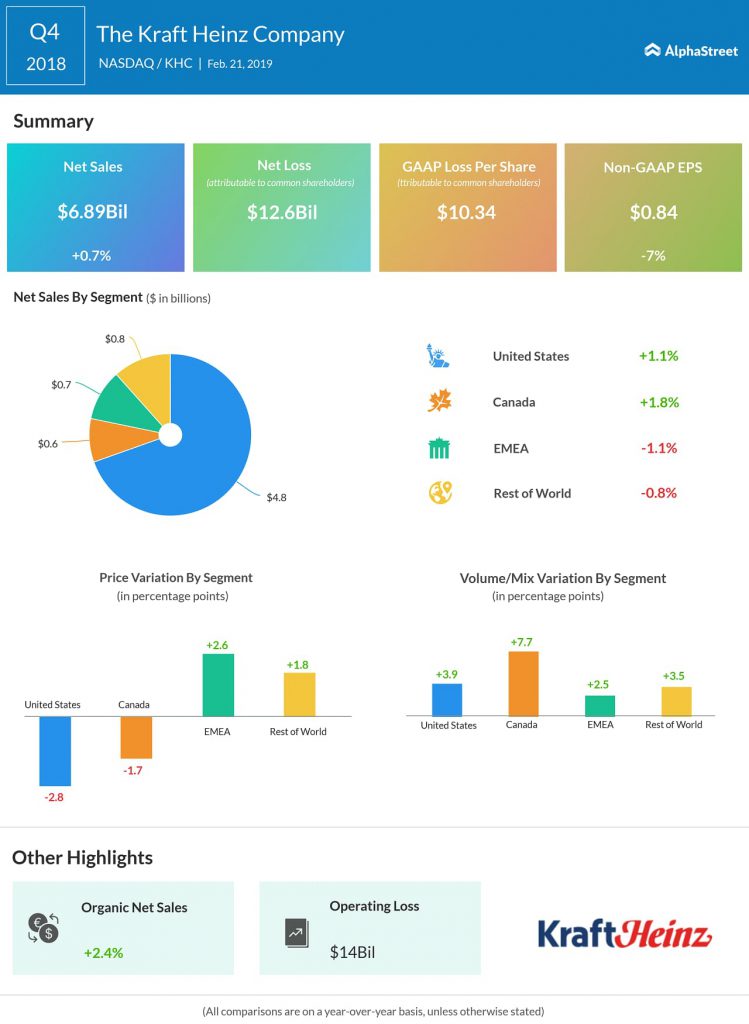 On a GAAP basis, net loss was $12.6 billion or $10.34 per share compared to an income of $8 billion or $6.52 per share in the prior-year quarter. Kraft Heinz recorded non-cash impairment charges of $15.4 billion in the recently concluded quarter to lower the carrying amount of goodwill in certain reporting units, primarily U.S. Refrigerated and Canada Retail, and certain intangible assets.

CEO Bernardo Hees commented that the profitability fell short of the company’s expectations due to a combination of unanticipated cost inflation and lower-than-planned savings.

Meanwhile, Domino’s Pizza (DPZ) reported results for its fourth quarter before the bell today. Domino’s shares plunged about 9% today as the company failed to meet the Street’s earnings and revenue expectations.