LRCX stock jumped about 7% in the after-hours trading. 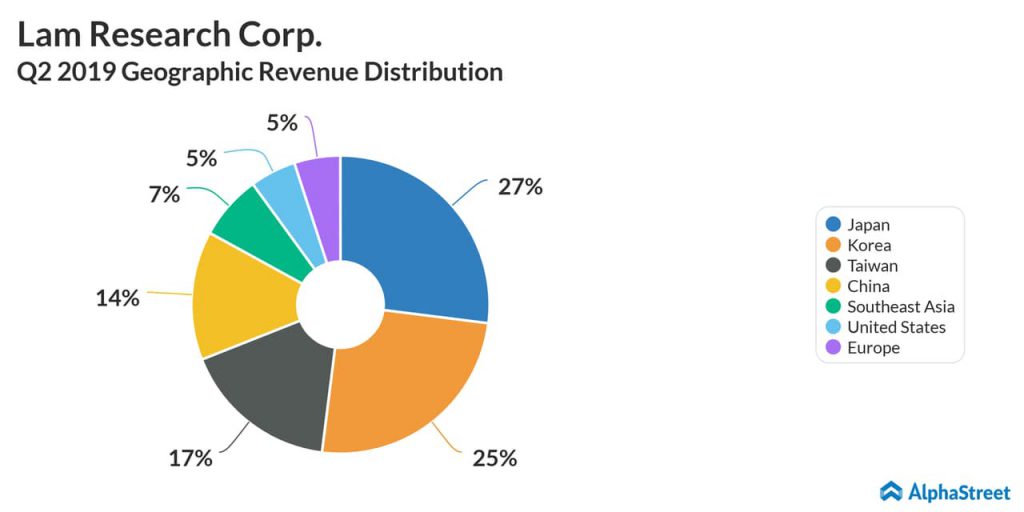 “Lam delivered solid results in the December quarter, and concluded the 2018 calendar year with record revenue and earnings per share performance,” said CEO Tim Archer, who replaced Martin Antice as CEO on December 5, 2018.

While cautioning on the near-term market trends, the company also expressed its confidence in the longer term citing the growth in the installed-based business and the company’s focus on Deposition and Etch technology.

The company also announced that its Board of Directors approved a $5 billion share repurchase authorization. During the second quarter of 2019, Lam had paid $168 million as dividends to its stockholders.

Lam Research’s peer Texas Instruments (TXN) also reported its quarterly earnings after the bell on Wednesday. The company topped profit estimates, while it missed on revenue predictions and reported weaker-than-expected outlook. TI shares were trading up about 2% during the extended trading hours.