Micron Technology Inc. (MU) reported a 51.1% dip in earnings for the second quarter due to lower revenue as well as weak near-term industry supply-demand dynamics. Despite the results exceeding analysts’ expectations, the chipmaker guided revenue and earnings for the third quarter below consensus estimates.

Revenue decreased 20.6% to $5.84 billion, due to a decline in demand and a drop in the main business segments. Revenue reflected worse-than-expected pricing trends in DRAM and NAND. DRAM revenue was down 28% on lower bit shipments and a decline in average selling prices. NAND revenue inched down by 2% as lower average selling prices overshadowed stronger-than-expected bit shipments.

Business-wise, revenue from Mobile rose by 3% on strong growth in managed NAND products. However, revenue from Compute and Networking plunged by 35% as weak seasonality and pricing dragged volume down. Revenue from Embedded declined by 4% due to a decrease in automotive business, weaker pricing and lower DRAM volumes. Revenue from Storage decreased by 19% year-over-year. 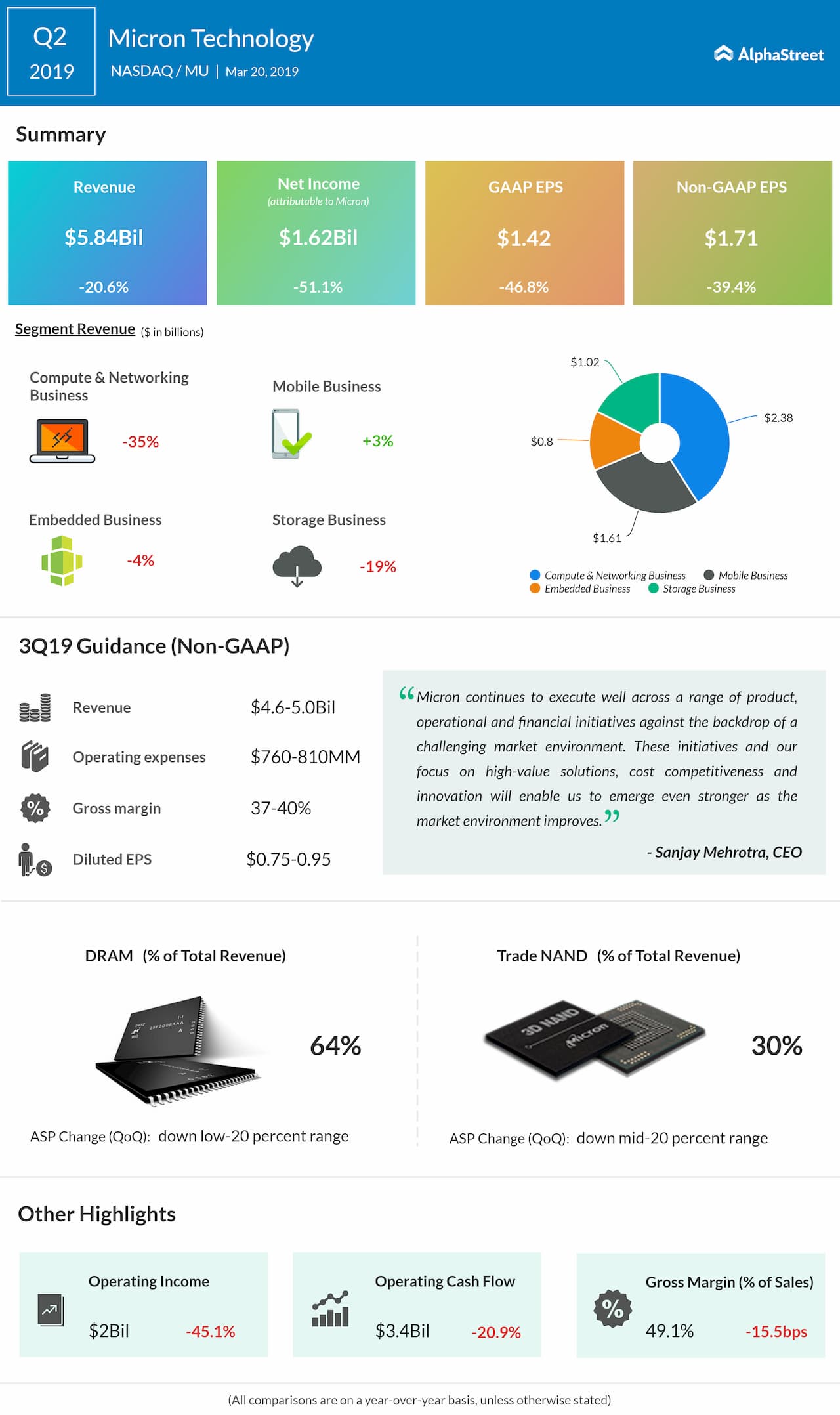 The company ended the second quarter with cash, marketable investments, and restricted cash of $9.22 billion for a net cash position of $2.99 billion. Micron repurchased an aggregate of 21 million shares of its common stock for $702 million during the quarter in connection with its $10 billion share repurchase authorization.

AMD (AMD) has been experiencing continued softness in the graphics channel and seasonality while Intel (INTC) remained concerned on the trade and macro concerns that have intensified, especially in China. Intel also expressed its worries on cloud service providers’ absorbing capacity and deterioration in the NAND pricing.

Shares of Micron ended Wednesday’s regular session down 0.59% at $40.13 on the Nasdaq. Following the earnings release, the stock inched up over 4% in the after-market session.