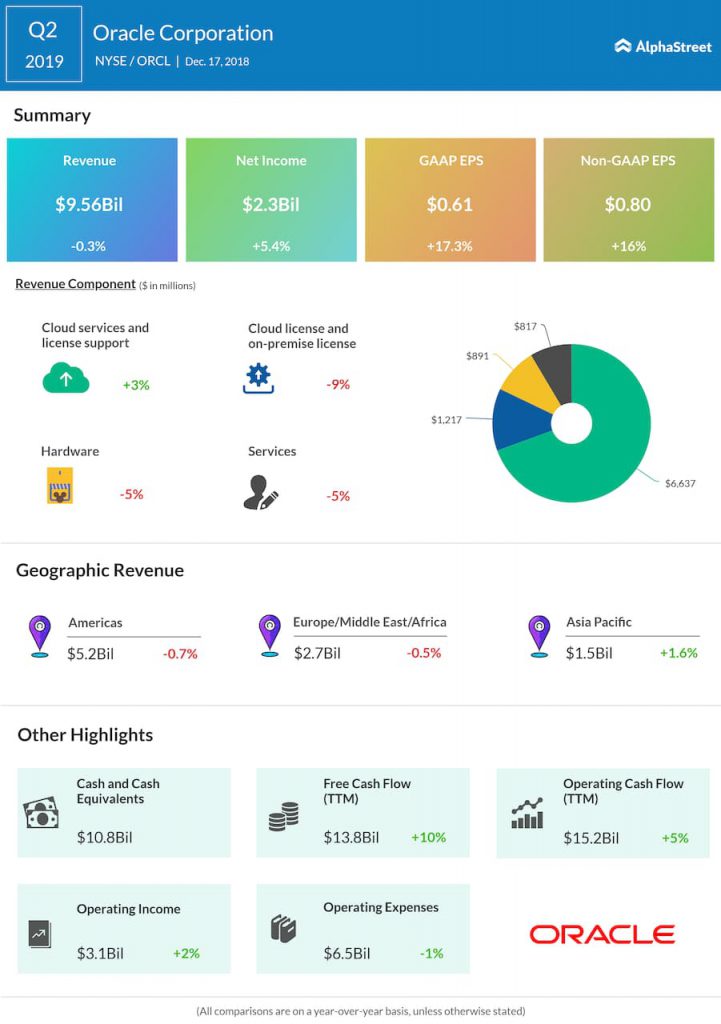 “In addition to our strong EPS growth, free cash flow grew 10% to $13.8 billion over the
previous twelve months. I am confident that we will continue to record strong EPS and free cash
flow growth during the second half of this fiscal year,” said CEO Safra Catz.

With nearly 6,000 Fusion ERP customers and over 16,000 NetSuite ERP customers, Oracle believes that customers will migrate from their traditional on-premise ERP to the Oracle Fusion ERP
Cloud.

Last week, Oracle filed a suit in federal court alleging that the Pentagon’s planned $10 billion JEDI contract with its single-vendor award is unfair and illegal. The single-award approach is contrary to well-established procurement requirements and is out of sync with the industry’s multi-cloud strategy.

For months, Oracle has complained that the contract has been favoring the industry leader, Amazon (AMZN) Web Services. And the JEDI contract process is about determining the cloud strategy for the Department of Defense for the next decade. IBM (IBM) has also filed a similar protest in October, citing many of the same arguments.

Meanwhile, another tech firm Red Hat (RHT) reported mixed results for its third quarter. Earnings of $0.96 per share exceeded analysts’ views, while revenue of $847 million missed Street’s estimates and sent the stock towards the south direction in the after-market hours.