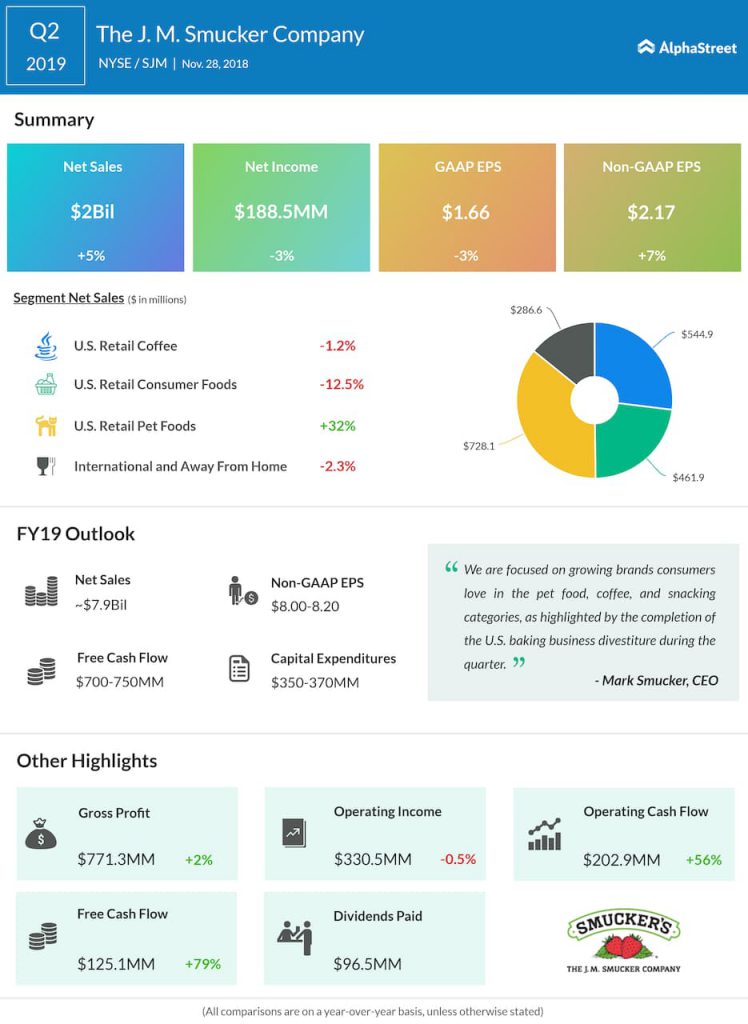 During the trailing two quarters, the food company had reported disappointing results, missing analysts’ expectations on both revenue and income. The poor results had weighed on the stock, which has been strictly trading sideways throughout this year. The stock is currently trading down 11% so far this year.

The saving grace during the second quarter was the company’s pet foods segment, which reported a sales increase of 32% riding on Ainsworth acquisition. All the other segments reported year-over-year sales declines.

The divestiture of its U.S. baking business in August partially weighed on the gross profit, which saw a modest 2% increase.

Sending further signs of slow growth, the company lowered its 2019 full-year outlook for revenue and net income. It currently expects full-year revenue of about $7.9 billion, lower than the prior guidance of $8 billion.